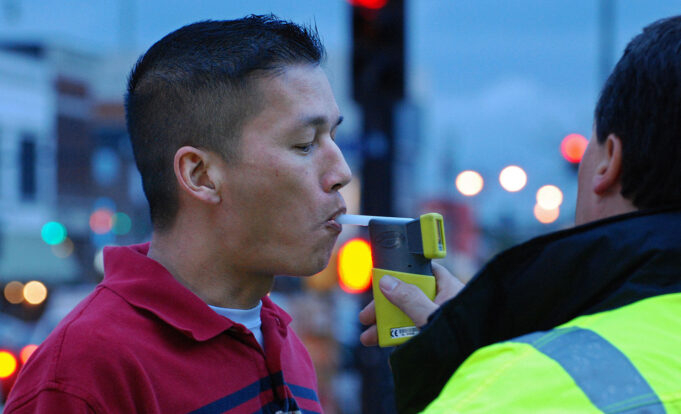 “Drive Sober or Get Pulled Over reflects a shared commitment to stop impaired driving at the source,” Virginia Department of Motor Vehicles Acting Commissioner Linda Ford said in a press release from the governor’s office. “The message to Virginians is simple: If you’re old enough to drink, act like it. Do your part to save lives.”

The release reports that in 2021, 26 percent of all traffic fatalities involved drunk driving, less than in 2020, but the number of alcohol-related crashes and injuries went up in 2021.

Part of the program includes a new ad in the “Act Like It” series featuring a “man-baby” character who plans to drive drunk. The program also includes increased enforcement, including over Labor Day weekend, with 92 Virginia law enforcement agencies, 383 saturation patrols, and 31 sobriety checkpoints across the Commonwealth.

“Given the rise in alcohol-related crashes, it’s more important than ever that we continue our efforts to emphasize and practice safe driving habits to protect motorists traveling on Virginia’s roadways,” Youngkin said in the release. “With more people on the roads this Labor Day weekend, Drive Sober or Get Pulled Over will work alongside state and local law enforcement partners to remind Virginians to plan a safe ride home if they are drinking.”

“The nonprofit Washington Regional Alcohol Program [WRAP] is proud to partner with the Virginia Department of Motor Vehicles on the Drive Sober or Get Pulled Over Campaign as we encourage all drivers to plan a safe ride home before a night of drinking,” said Kurt Erickson, President and CEO of the Virginia-based WRAP. “Since the campaign’s start in 2001, we have seen significant progress in mitigating the epidemic that is drunk driving. Alcohol-related crashes have decreased by 40%, fatalities have decreased by 31 percent, and injuries have nearly halved.”