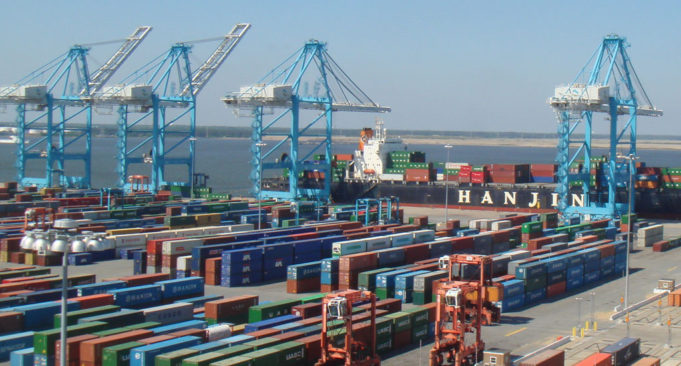 If there is one lesson to be learned from Virginia’s 2017 elections, it is that temporary Democratic waves are not realignments.  Much as Republicans had to learn (painfully) in 2014, 2010, and even 1994 — these temporary waves are no signal of a changing demographic until demonstrated otherwise.

As we are learning now that the fog has cleared, Democrats were able to charge up a single demographic — white suburban women — in a repudiation of the status quo, with Trump at its head.  That’s it… not much muss and fuss about it.

As remarked in the pages of the Washington Post, the positions taken by House of Delegates members or the activities of the chamber simply didn’t weigh in the way certain folks are trying to will into existence:

“It could have been Dr. Seuss or the Berenstain Bears on the ballot and I would have voted for them if they were a Democrat,” Toren Beasley, 60, a marketing executive, said as he left a Starbucks in Lorton. “I might do more analyses in other years. But in this case, no. No one else gets any consideration because what’s going on with the Republicans — I’m talking about Trump and his cast of characters — is stupid, stupid, stupid. I can’t say ‘stupid’ enough times.”

So when you read over at Blue Virginia that the blue wave was the result of their old boogeyman Dominion Energy?  You gotta stop and wonder.

After last Tuesday’s incredible results, it should be clear that we’re experiencing a democratic moment of transformation. The power dynamics in Virginia are in flux; now’s the time for everyday citizens to go all in, to insist that our representatives put our interests above those of corporate donors.

You know that feeling when you know you’re being sold snakeoil?  Yeah… we call that a “democratic moment of transformation” (whatever that’s supposed to mean).

Who are these corporate donors?  Certainly not the millions of dollars of dark money poured into Virginia by labor unions, Planned Parenthood, the League of Conservation Voters, and a host of anti-energy groups bent on hiking energy rates — but the guys keeping costs down: Dominion Energy.

The suggestion here is that many of the Democrats swore off Dominion campaign contributions, and vowed to fight the company’s infrastructure projects. The harder reality might be that none of those pledge signers would have ever been offered a contribution by Dominion — nor in all likelihood would it have been given.

Close counts in horseshoes and hand grenades, but not in politics.  It’s not uncommon for a new “almost governing majority” to overreach when it comes to burnishing their policy bona fides in an effort to pander to the most extreme wings of their base.

Tackling an organizations as intrinsic to the health of the Virginia economy as Dominion Power will undermine any hopes of Northam’s success.  Dominion employs 10,000 folks in Virginia — hundreds in every electoral district in the state.  They also have thousands of retirees and more shareholders in Virginia.

All of whom who vote.

Yet Dominion Energy has moved in dramatic ways towards energy policy that is bi-partisan and all can support: more renewables, low and affordable energy rates, and improved reliability.

Folks forget that one of the main reasons Facebook and Microsoft located their newest data centers in Virginia is because of low rates, and always-on, reliable electricity.  In the national competition to lure Amazon and other national headquarters, reliable and cheap energy isn’t just critical — it is an absolute.  The Port of Virginia, destined to become an international port of call that will demand investment from the General Assembly, will require an energy grid capable of hosting a worldwide clientele.

The benefits to Virginia?  Jobs and tax revenue.  Something every new legislator should want to deliver to their district if they expect to ever get re-elected — and that might not be a sure thing for Democrats in 2019 as Republicans are eager to pick off weak and ill-funded progressive radicals more intent on imposing radical social change rather than focusing on the viability of institutions and putting Virginians to work.

Making an institution such as Dominion Energy an enemy rather than a partner is directly — not indirectly — attacking the pocketbooks and livelihoods of moms, dads, Veterans, brothers, sisters — all working hard everyday to keep our lights on and iPhones charged.

There are lots of things about what Dominion Energy does for all communities across the state through its volunteerism, Energy Share program, clean, affordable and reliable energy — that we can all get behind.

It’s time to turn off the campaign rhetoric and work to improve the lives of hardworking Virginians.  Trying to gut Virginia’s energy company would not only be an impossible feat, it would be a tragic and fatal mistake that would undermine the very bedrock a Virginia economy that has languished under its current governor and remains heavily impacted by federal sequestration.