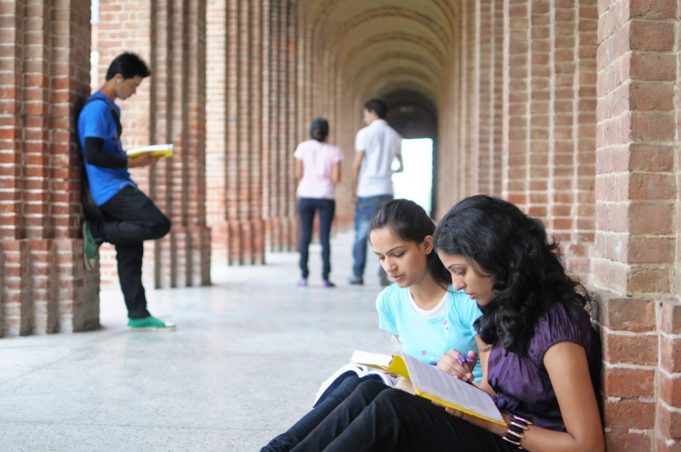 Look no further than this publication for a fan of Virginia’s community colleges, who do most of the heavy lift of educating Virginia’s middle class and deserve a great deal more attention and praise than they currently earn.

The Richmond Times-Dispatch has a first peek at the results of a JLARC study that gives Virginia’s community colleges a better-than-average review, but attention has been drawn towards the dismal retention rate.  From the article:

About 38 percent of the 250,000 students at Virginia’s community colleges attend part time, which is one of the reasons why 61 percent of them don’t complete their associate or bachelor’s degrees, or programs to earn certificates for training in non-academic professions. Those students also tend to be older, poorer, from ethnic or racial minorities and starting behind academically with remedial courses.

The report said the completion rates trail those of four-year institutions but are comparable to rates for community colleges nationally. “Those rates are still unacceptable to me,” DuBois said.

One potential solution is improving academic advising at community colleges to help students stay engaged to finish their studies, a recommendation that DuBois supports, though he cautioned that it would require more financial resources to accomplish.

However, some legislators were upset that what JLARC Chairman Robert D. Orrock Sr., R-Caroline, called the “incredibly narrow focus” of the report, which he said appears to measure success by completion of degrees and credentials rather than the other help that community colleges give students who don’t necessarily need degrees or certificates.

Some of this retention rate problem?  VCCS is where some folks go because college is an expected outcome.  Some students attend out of sheer duty, others sheer shame (not being able to afford a four-year institution).  A few attend because they see the financial play of knocking out the first two years cheaply before moving on to a four-year institution.

The vast majority though?  Though purely anecdotal, most attend because they are expected to attend.

VCCS is welded to a model that prepares students for the basic core curriculum of a four-year education, so the opportunities to learn a trade or skill are quite limited as a student is attempting to knock out core classwork — most of the time while working a full-time job, having a child attached to their hip, or leveraging their GI Bill.

One solution would be a total revamp of the two-year college curriculum, one that teaches a combination of humanities combined with a trade or skill — Senator Marco Rubio’s “philosophers and welders” so to speak.

You can find no better an advocate for such an approach than Thomas Jefferson himself, specifically in his admiration for the yeoman farmer who understood the link:

For an example, what follows below is an example of what Northern Virginia Community College requires for an associates degree:

Now I am no expert in curriculum development by any stretch.  However, teaching Advanced Calculus to two-year associates is a waste of time.  The most complex math the average human being is going to use in a mundane setting is determining the tip at the restaurant.  Move the decimal over by one; multiply by two (or $5 for good service, $10 for great service, and $20 for outstanding service — if you can’t tip well, you can’t afford to eat at a restaurant).

Does anyone see what is missing in most of these?  That’s right — a trade.  More emphatically, all of these are missing the core elements of what an educated person should possess: a language, a trade, a profession, a musical instrument.

In short, make it achievable.

Consider for a moment that most community college students see a light at the end of the tunnel in 4 years if they take two classes a semester and one class over the summer.

That’s a long time… especially when their peers are going to “The University” (TM) and rooting for Virginia Tech on weekends because they actually go there.  Or bragging about Williamsburg.  Or talking up opportunities at George Mason.

VCCS students get left out of that certain element of pride, and though it’s not the government’s job to replace that pride, a certain architecture of establishing goals and achieving standards that are recognized by the business community as goals worthy of employment?

That’s valuable — or at least, a lot more valuable than a degree in women’s studies.

Fortunately, the General Assembly doesn’t have to perform a miraculous lift to achieve any of these reforms.  All it requires is some gentle instruction (a directive) to the Boards of Visitors of our respective schools stating very clearly that VCCS accreditation and graduate programs — including our new schematic for post secondary moducertification — will enable any Virginia student to immediately transfer to any Virginia public college or university, and they have 3 years to come in line or have their taxpayer funding come under audit and review.

So that’s a tad bit heavy handed.  But you get the drift — the General Assembly has all the leverage in the world to help VCCS students see value in their own education, even if the current system puts them at tremendous disadvantage.