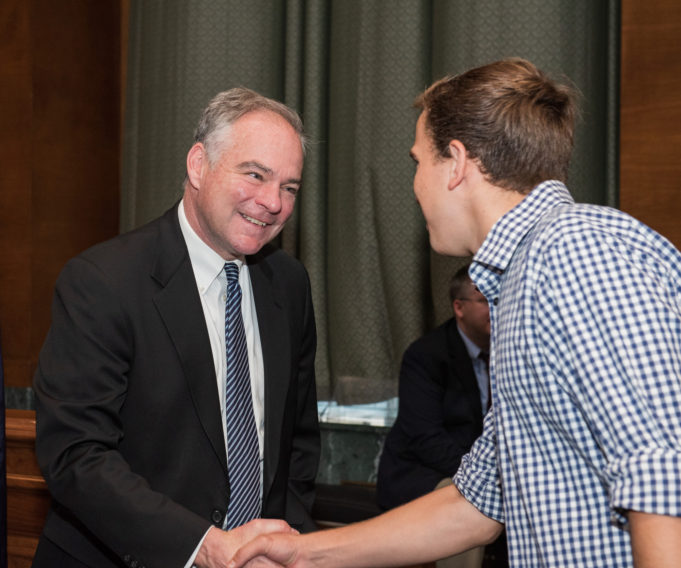 Following the call for an FBI investigation into U.S. Supreme Court nominee Judge Brett Kavanaugh after weeks of political fighting in the Senate Judiciary Committee, both Democratic Virginia Senators Tim Kaine and Mark Warner say they believe the week-long investigation will not change their decisions to vote down President Trump’s pick.

Though, Kaine said the FBI should probe deep into the life of the nominee to examine the accusations made against Kavanaugh about his drinking habits and presumed history of assaulting women.

“There’s a question mark next to him on the character side. Not on the competency side,” Kaine said in a report from The Virginian-Pilot. “And that’s an important question to resolve.”

Senator Kaine also revealed his animus towards President Donald Trump in his decision to vote down Judge Kavanaugh’s confirmation. “First, Judge Kavanaugh has failed to show he’ll be an independent check against unlawful action by the President…his views about Supreme Court precedent do not inspire confidence,” Kaine said in a press release.

Nevertheless, it seems that Senator Warner is pointed more to Judge Kavanaugh’s display of anger at the accusations directed at him by Democrats during last Thursday’s hearing.

“I have enormous concerns about him, because he views that the president doesn’t have to follow the law. At this moment in time with this president, we need a Supreme Court justice who says no one, including Mr. Trump, is above the law,” Warner said. “The fact that he was so angry and on such a partisan basis really makes me question whether this individual has the temperament to be on the Supreme Court.”

Of course, the senators could also base their character assessment of Kavanaugh on his decade on the D.C. Circuit Court as an example of regular behavior rather than basing it on extraordinary outrage due to character destruction on part of the Democratic Party – his attitude made complete sense.

Addressing the Virginia Municipal League at the Hampton Roads Convention Center, Kaine said the atmosphere in Congress is so bitter because “the Supreme Court is high stakes.” Warner added afterwards, “As somebody who has tried tried to be bipartisan my whole career, we’ve got to find a place where people can work together.”

Unfortunately, the war between Democrats and Republicans have made a position in the federal government which should be solely non-political, a very political, possibly even ideological seat, with the qualifications being based not on interpretation of Supreme Court precedence, but an adherence to the victim versus oppressor ideology.