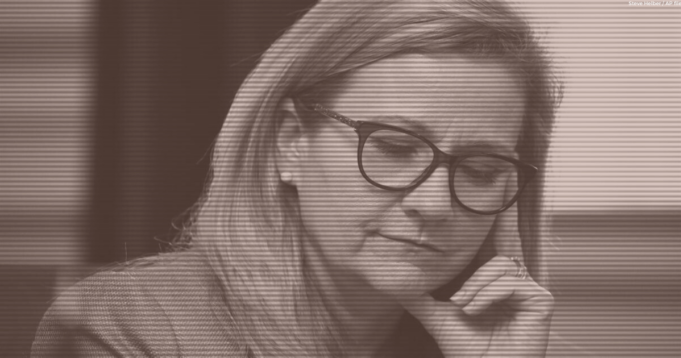 Senator Amanda Chase’s (I-Chesterfield) campaign for Governor is nothing short of a traveling circus. Both intentional and unintentional missteps have riddled her months-long journey since announcing her candidacy back in February.

What really comes into question is who she surrounds herself.

Since the Virginia Citizens Defense League (VCDL) rally, Chase has claimed she was receiving active and ongoing threats from far-left groups. During the General Assembly session, she was accompanied by Virginia State Police officers, paid by your tax dollars, throughout the General Assembly complex.

After the state law enforcement officers stopped their protection services, Chase turned to what seemed to be volunteers and supporters as her personal protection. Five to ten different men, some with previous law enforcement and military background, followed her every footstep.

Days after the November Presidential Election, two of those bodyguards were arrested in Philadelphia, charged with firearm offenses, after mounting a plan to break into the Convention Center where votes were being counted.

Chase originally dismissed the two individuals, saying they were random supporters and weren’t associated with her campaign. Days later, Chase publicly condemned the arrests, offering her support for Lamotta and Macias.

In the Virginia Scope story, Chase’s campaign manager stated that “Conner works for a security agency that they hired in the spring of this year.” According to the news article, this company is Arete Protection Services, owned by Michael Brame.

The three arrests show a clear pattern of chaos around Chase’s campaign and calls into question her ability to judge the moral character of her volunteers and employees, something a competent leader should be able to do.

But there is more to the story.

The Chase for Governor finance committee disclosed their first campaign finance report in July, which covered March 16th to June 30th of this year. Required by Virginia Code, candidates must report all expenses, both in-kind and traditional, on their reports.

However, Chase for Governor does not have a single line item related to the hiring of this protection agency.

Neither Arete Protection Services, nor the owner Michael Brame, nor the employee David Conner show up on her campaign finance report.

Chase’s two other campaign committees, “Chase for Senate” and “Friends of Amanda F Chase” don’t show a security expense either.

This shows a clear violation of campaign finance law and the appropriate actions must be taken. Unfit Virginia PAC is calling for an investigation.

Mark Snesavage is the director for Unfit Virginia PAC and lives in Fredericksburg, Virginia.