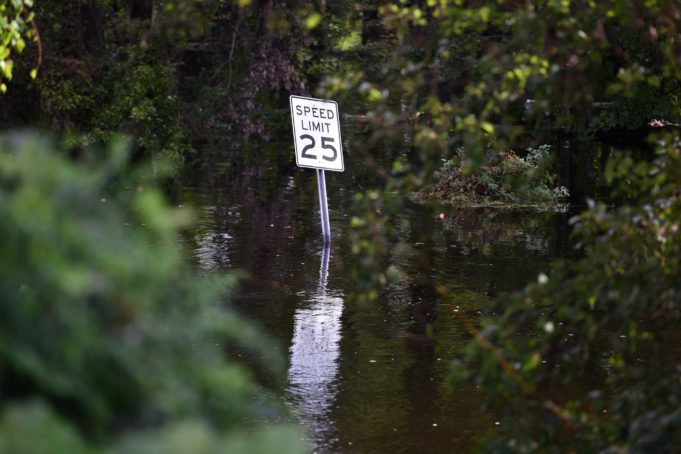 Floods that have devastated Kentucky has been receiving support from Virginia Red Cross workers, who have gone on to describe the deadly flooding that is taking place in the area.

As reported by WRIC, more than 200 Red Cross disaster workers have traveled into the flood-ravaged communities to assist, including workers from Virginia. “It has been very crazy. These people have lost everything,” said Linda Rainey, a Disaster Spiritual Care Advisor for the Red Cross Central Virginia Division.

She described the devastating scene as she traveled from Lexington to Pikeville over the weekend.

“Huge trees were broken and toppled. School buses had been taken down the river and had rolled into businesses and toppled on their sides,” Rainey said. “Houses were off their foundations and pulled down river. We actually got to see that while driving and to see it firsthand…I can’t even describe it.”

This is incredible! We’re getting a first-person view of several hoist rescues performed by members of the @kentuckyguard in the aftermath of the Eastern Kentucky floods. The KY, TN, and WV National Guard choppers saved a combined 664 people like this. So thankful! @LEX18News pic.twitter.com/120DNPk8qZ

Rainey is currently providing mental and emotional support at a crisis shelter at the University of Pikeville. She said lodging is at a premium as thousands search for a place to stay after losing their homes.

As Rainey provides a listening ear to the victims, hundreds of other volunteers are assisting with getting access to food and shelter and replacing prescription medications or other medical equipment that may have been left behind in the emergency.

“Every person that I’ve talked to in the shelter has said thank you for coming, or we appreciate you coming to help us,” she said. “They need to know that someone cares and I think it’s extremely important for us to be here.”

We grieve for our Kentucky families who lost loved ones to the terrible flood. Your tears are many and we mourn with you. #Kentuckyflood https://t.co/rXKGKyBGqI

To add whatever support possible, The Red Cross has set up a donation page, which can be visited by clicking the following link.