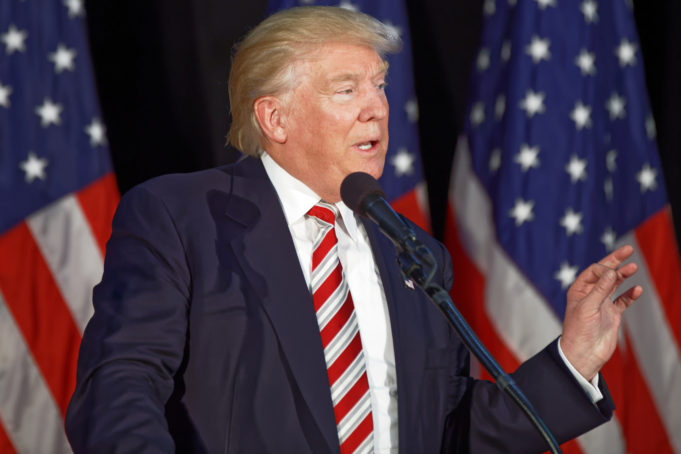 A prominent left-wing super PAC has revealed that it hasn’t learned much of anything from the party’s losses in Virginia on election night 2021.

The well-funded organization hopes to increase liberal turnout in this years’ midterms by making them a referendum on Donald Trump. A “new” ad campaign is already underway.

Wait, didn’t somebody try that already?

But the ads, as well as the Thursday launch of a new anti-Trump super PAC, appear to fly in the face of advice from some leading Democrats in the wake of a GOP surge in November’s statewide and legislative elections in Virginia and New Jersey. Those Democrats suggest spotlighting the former president in this year’s midterms is the wrong political recipe.

“Last time was just a test run,” argues the narrator in a new spot by Priorities USA, the powerhouse Democratic outside group.

The narrator speaks over news clips of the Jan. 6, 2021 storming of the Capitol by right-wing extremists and other supporters of then-President Trump who attempted to disrupt congressional certification of Joe Biden’s Electoral College victory over Trump.

“Donald Trump is putting people in place now to dictate the outcome of the next presidential election in Congress and in states all around the country,” the narrator claims, pointing to the former president’s endorsements of loyal candidates for the House and Senate and in key states across the country who are running in this year’s elections.

NEW AD: Priorities USA is up on digital platforms reminding voters that Trump’s allies are still trying to delegitimize our elections, and they are on the ballot this November. pic.twitter.com/TLXkpmZa51

Even many of the partisans on Twitter weren’t impressed:

Wow.. So they are really going with the “vote for this guy just bc he isn’t that guy” route again huh? We do all see where that got us the last time.. Right? 😳