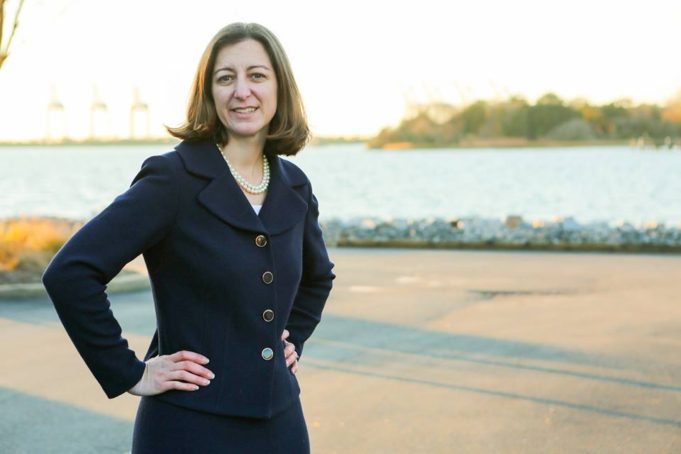 Tidewater-based Rep. Elaine Luria (D-Va.) previously represented a swing district and was all but guaranteed to face a stiff challenge this year. However, after the Supreme Court of Virginia approved a new congressional map, she became Virginia’s most endangered Democrat.

According to FiveThirtyEight, the redrawn 2nd Congressional District has a partisan lean of R+6, but Luria hasn’t let that dissuade her.

The Democrat announced her decision to run for reelection at 1:46 p.m. on Thursday — precisely one year after she evacuated the Capitol.

As The Hill reports:

“On the anniversary of the January 6 insurrection, I recommit to uphold my oath to ‘support and defend the Constitution of the United States against all enemies foreign and domestic,'” Luria said in a statement. “Our nation is at a crossroads where as Americans, we must defend our democracy against forces that seek its destruction.”

The announcement comes after Virginia’s Supreme Court voted to approve the state’s new congressional map. Luria’s 2nd District saw major changes, losing portions of Norfolk, Hampton, Williamsburg, James City County and York County. Meanwhile, parts of Chesapeake, Suffolk and Isle of Wight County were added to the district, which could give an advantage to Republicans.

The nonpartisan Cook Political Report rates the district as a “toss-up.” So far, five Republicans have lined up to challenge Luria.

Luria is not the only vulnerable Virginia Democrat that has had to deal with redistricting changes. Rep. Abigail Spanberger (D-Va.) announced last week that she was running for reelection in the 7th District after it was redrawn to no longer includes various Richmond-area suburbs that previously made up her base. The district now instead extends from Caroline County to Madison County, including Fredericksburg and Dale City. Many of the Richmond-area suburbs that used to be in the 7th District are now in the 1st.