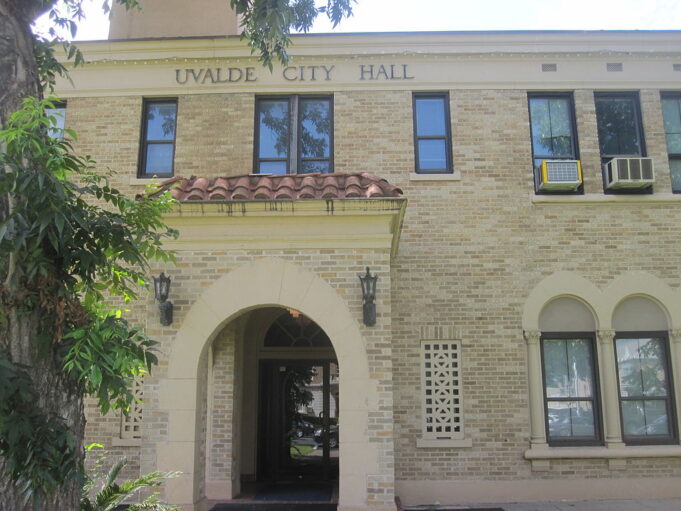 Following the tragic events of the Uvalde school shooting, Uvalde Mayor Don McLaughlin announced that Robb Elementary School, the site of the shooting, is set to be demolished.

During an almost two-hour emotional city council meeting, Mayor McLaughlin told residents, concerned parents, and family who lost students in the May 24 mass shooting that he learned that the school would be demolished from a conversation with Uvalde CISD superintendent Hal Harrell.

“You can never ask a child to go back, or a teacher to go back in that school ever,” McLaughlin said.

The City Council also denied Pete Arredondo – the Uvalde CISD police chief and recently elected council member – a leave of absence, leaving him open to being removed from the council after missing three meetings. Residents at the meeting called for Arredondo to leave or be removed from his city council post.

“They had the tools,” said Terry Nichols, a former Seguin police chief and active-shooter expert. “Tactically, there’s lots of different ways you could tackle this. … But it takes someone in charge, in front, making and executing decisions, and that simply did not happen.”

Texas police commander: "Three minutes after the shooter entered [Robb Elementary], there was sufficient number of armed officers wearing body armor to neutralize the subject. The only thing stopping [them] was the on scene commander." pic.twitter.com/8a8zBzw7rW

Law enforcement experts say Arredondo was the rightful incident commander, though they were baffled why he abandoned his radios, declined to take charge, and lacked access to classrooms. He has been particularly scrutinized for not taking control of the situation, as he didn’t consider himself the incident commander that day and never issued orders to anyone during the shooting. Yet at 11:50 a.m., according to body-camera transcripts, an officer says, “The chief is in charge.” (RELATED: Report: Eager Uvalde Officers Were Held Back By Unclear Orders)

“At this point it’s clear that a multitude of errors in judgment combined to turn a bad situation into a catastrophe,” said Katherine Schweit, a former FBI agent who co-authored the agency’s foremost research on mass shootings. “The law enforcement rarely thinks their response is textbook, [but] I can’t think of another incident in the United States where it appears so many missed opportunities occurred to get it right.”

Mayor McLaughlin didn’t provide a timeline for the demolition of the school. Uvalde CISD superintendent Hal Harrell announced earlier this month that students from Robb Elementary will be split between Dalton Elementary School and Flores Elementary School in the next school year.