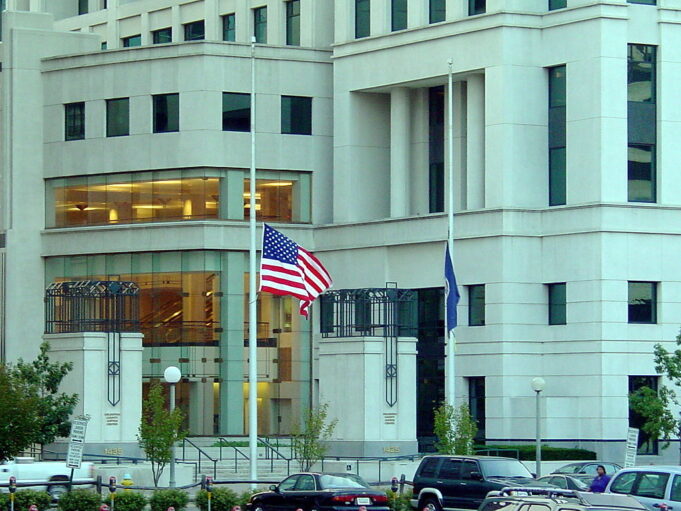 In response to the tragic death of Henrico Police Officer Trey Marshall Sutton, Virginia Gov. Glenn Youngkin ordered all flags to be flown at half-staff Wednesday, April 6, from sunrise until sunset.

According to this report, Police Officer Trey Sutton was killed in a three-vehicle crash when a truck drove into the intersection of Wilkinson Road and Chamberlayne Road at 8:30 pm.

Officer Sutton had served with the Henrico County Police Department for nine months and had graduated from the police academy in February 2022. He is survived by his parents and fiancé, who remember him for his “quick humor”, and “selfless demeanor.”

The saying goes, you fall in love three times in life. The first love, the hard love and the unexpected love. Trey was all three for me. Our relationship started unexpectedly but we were lucky enough to be each other’s first love at the same time. It was giddy and intoxicating but the hard love brings pain and hard lessons and our journey had a fair share of teachable moments. I don’t want the remembrance of Trey to be of pain but of his quick humor, caring and selfless demeanor and the immense love he never failed to give.

Governor Youngkin’s flag order includes all state and local buildings and grounds in the Commonwealth of Virginia, in order to honor this brave hero of the force.