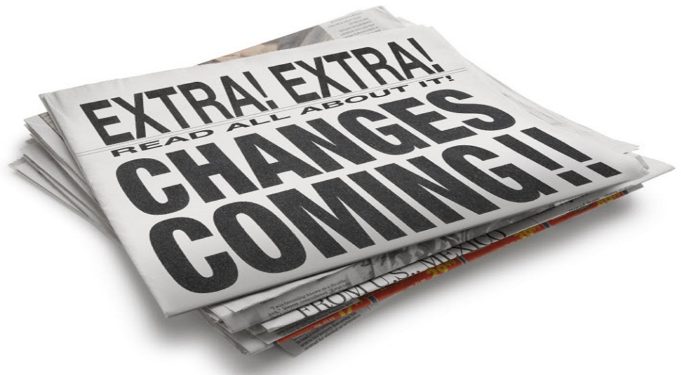 Evidence is accumulating that the newspaper of record for South Hampton Roads, the Virginian-Pilot, may be veering away from its far-left leanings to a more balanced approach.

Previous Editorial Page Editor Donald Luzzatto has moved on from the paper, and I can’t remember a single statewide Republican who was ever endorsed during his tenure (Bill Bolling, the poster boy for moderates, was too extreme for an endorsement….twice).

The Virginian-Pilot Editorial Board has had 100% turnover within the last year or so, and I’ve seen a marked shift in the writings these past months.

For example, this week the Virginian-Pilot castigated Obama’s overuse of Executive Orders.

Of course, it was a way to gain consistency in criticizing Trump for an overreliance on the same, but still these are words that wouldn’t have been printed on this page during the last eight years.

“Executive actions are not the way to establish important immigration policies, or most other policies. Congress is where those changes should occur, with thorough debate that leads to legislative action. (Virginian-Pilot 9-6-17)”

So, is this a traditionally liberal paper suddenly opposing executive action once it’s not a Democrat President doing it, or is this a shifting of the philosophical bent of the paper to a more pragmatic, less ideological approach?

Let’s compare the Pilot’s editorials on the gun reciprocity issue with Democrat Attorney General Mark Herring, and the Pilot’s commentary.

Dec 7, 2015 – “That’s the kind of state’s rights loophole that Virginia lawmakers would ordinarily clamor to close. Except when it comes to guns, which inspire the kind of legislative and logical gymnastics that would make any Olympian proud…Herring’s move simply enforces laws already on the books, a constant refrain from gun-rights advocates — right up until the moment somebody actually tries to do so.”

Compare that to this year, when the Pilot wrote about the same issue:

Aug 8, 2017 – “By going after concealed-carry permits, Herring took aim at a group of gun owners who, by and large, are the most responsible and law-abiding of firearm enthusiasts.”

What?  From applauding Herring as a champion of justice to disparaging him for targeting law-abiding citizens in two short years!

Granted, the positions taken by the new editorial board are by no means on the conservative side.  Most of the time, they continue to fall on the left side of the equation.

But there is unmistakably a new respect for nuance and a healthy understanding for both sides of a political argument that is refreshing to see in Virginian-Pilot editorials.  That kind of editorial philosophy promotes conversation and debate, and it favors solutions over ideological posturing.

I hope it continues.