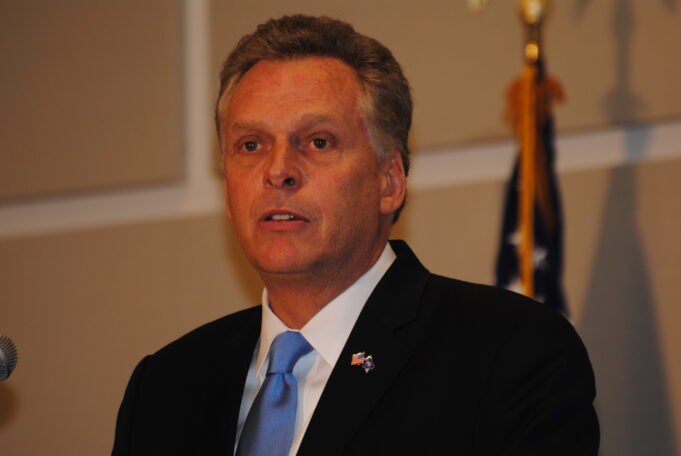 The effort was reportedly conceived as a last-ditch attempt to push Terry McAuliffe over the finish line.

Elias has a long history as a controversial attorney. He specializes in election law, is connected to Democrats at the highest levels and often receives positive coverage from the mainstream media for his aggressiveness in taking on Republicans.

As The Free Beacon reports:

Accountability Virginia PAC paid $5,254 last year to Elias Law Group, according to Federal Election Commission records reviewed by the Washington Free Beacon. The PAC paid $12,578 to Perkins Coie, the firm where Elias worked until 2021. Axios reported in September that the Democrat-run PAC masqueraded as a conservative group to divert support from Youngkin.

Accountability Virginia came under fire for ​​running social media ads in rural Virginia that misleadingly claimed conservatives were upset with Youngkin’s support for the Second Amendment.  Dominion Energy, a company that contributed to the PAC, sought a refund for a $200,000 contribution because of the group’s deceptive tactics.

Well, well, well. Look what just popped up on my own Facebook feed.

Sure seems like the Accountability Virginia PAC is still targeting Virginia gun owners with their concern trolling of Youngkin even after Dominion Energy supposedly asked for their donation back. pic.twitter.com/vuKzaaqAQ0

Judging by the comments, these ads are not working as intended… pic.twitter.com/9xoSGePWOH

The PAC’s payments to Elias’s firms, which have not been previously reported, were for unspecified legal services. The payments were made from Sept. 13 to Dec. 16, according to Federal Election Commission records.

A recent article in The Hill called Elias the “last best hope of preserving a House majority” for Democrats. That may very well be true with Republicans increasingly likely to regain their congressional majorities, at least in the lower chamber.

The Hill explains how even though his efforts in Virginia failed, Elias continues to work feverishly across the country.

This year, Elias has fielded more than 20 lawsuits challenging voting laws or district maps, most through a new law firm he launched in August specifically dedicated to aiding Democrats and progressive causes.