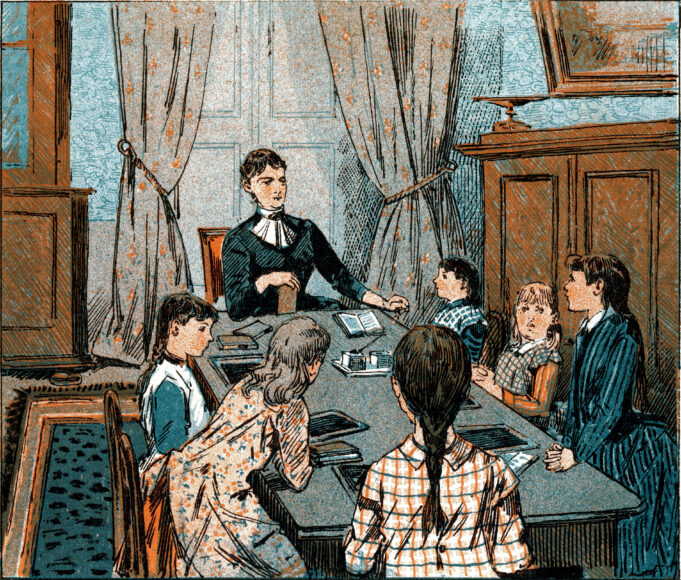 As the state of Virginia continues to see a rise in misguided COVID policies and CRT lessons, more and more concerned parents are opting to keep their children homeschooled rather than sending them back to school.

In Virginia, the number of homeschoolers varies among the commonwealth’s counties, with more than 15% of students in rural areas opting to homeschool. In Franklin and Highland counties, almost one of every five students chooses to homeschool.

“When public schools moved online, many students experienced Zoom fatigue, failing grades and other trouble learning in a virtual environment. They wanted an alternative,” Andrea Cubelo-McKay, president of the Organization of Virginia Homeschoolers, told Virginia Mercury. “At the same time, more parents were working from home, had flexible schedules or were furloughed from their jobs. That made them more available for home schooling.”

Concerns over COVID and Critical Race Theory seem to be key factors in many parent’s decision to homeschool their children.

“The children don’t belong to the state,” Yvonne Bunn, director of government affairs for the Home Educators Association of Virginia, or HEAV, told Virginia Mercury. “I think parents really want to impart their own values to their children — their values and beliefs and their own worldview. And that is a major reason parents are home schooling.”

“does anyone know that schools were closed for a year, that we had 50,000 students drop out of the system?”

One politically moderate Virginia mother commented to TheRepublicanStandard: “My daughter has been in daycare since the beginning of the pandemic – and if they make her mask, require a vaccination, or continue with ‘woke’ identity politics, then I’ll either send her to private school – or if that isn’t an option – homeschool her.”

In reviewing data from Home Educators Association of Virginia, we found the number of homeschooled children as reported by the Virginia Department of Education has gone from 33,927 in 2017 to 59,638 in 2021 – a 75% increase in only 4 years.

Governor-elect Glen Youngkin was elected largely over the ire of parents, according to ChalkBeat:

There’s evidence that Youngkin’s message resonated. One post-election poll found that voters were 12 points more likely to trust Youngkin than his opponent Terry McAuliffe on issues related to schools. McAuliffe’s claim in a debate that parents should not determine what schools teach was widely panned and unpopular with voters.

Youngkin has also made it clear that schools, and school choice are at the top of his agenda. Delegate Glenn Davis (R-Va. Beach), Chairman of the House Education Committee recently quipped:

“If people paid attention this last election, they will understand there are communities that have been left behind, I think people on both sides of the aisle have heard this. We’ve got a governor-elect who championed school choice, who believes in it and is going to lead on it.”

Only time – and the legislature – will tell if Youngkin can resolve Virginia’s education woes with a new agenda – or provide additional choice for Virginia parents.