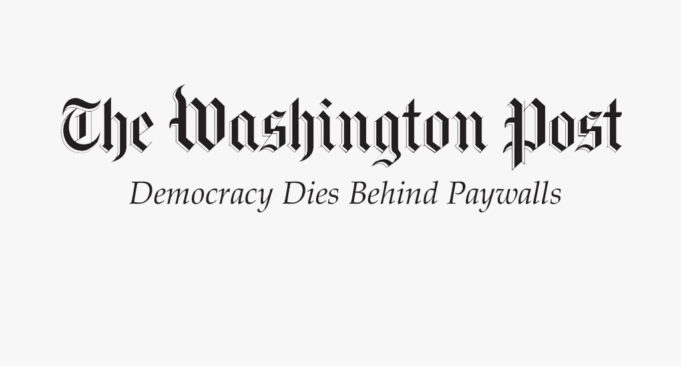 There’s nothing like being ‘hoisted by your own petard’ to paraphrase the Bard.

Yesterday, the Gillespie campaign released a new, hard-hitting ad responding to the growing threat of MS-13 in Virginia. In the last 10 months, the gang has been responsible for at least 8 murders. Even the Washington Post has actively reported on the gang’s resurgence.

Yet at the Democrats’ behest, the Washington Post’s reporters were quick to point out that a photo used in the ad was shot in El Salvador, where MS-13 is from:

“The 30-second spot intersperses photos of Northam with the tattooed faces of men who, as it turns out, were photographed in a prison in El Salvador.”

@EdWGillespie ad shows tattooed faces of men who, turns out, are in Salvadoran prison. https://t.co/vuLo7VfSvq

Full story on this ad, which features images of men from an El Salvadorian prison and not Virginia https://t.co/4wxhy1pEHR

One small problem with that.

In their desperation to spin on behalf of Ralph Northam’s embattled and flailing campaign, Vozzella and Nirrapil failed to notice that the Gillespie campaign merely followed the Washington Post’s own practice of using photos of gang members in El Salvador when discussing MS-13’s presence in Virginia: 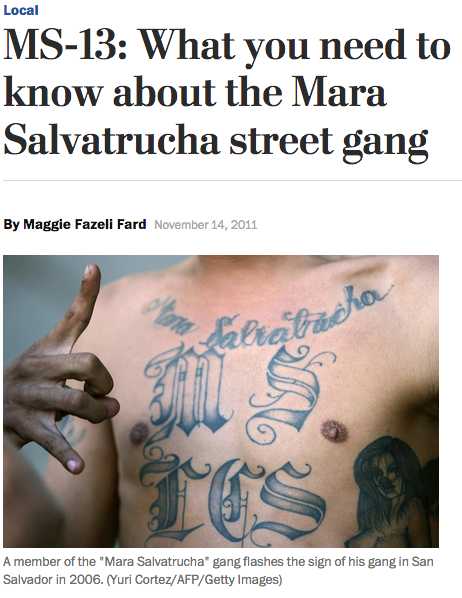