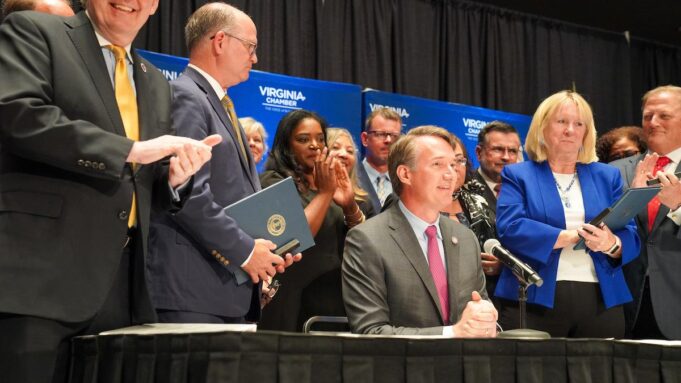 Following up on his plans to push for a 15-week abortion plan in place for Virginia, Governor Youngkin has gathered a group of Republican lawmakers to see his plan come to fruition.

According to WTOP, Youngkin called together four Republicans to work on the bill: delegates Kathy Byron and Margaret Ransone, and senators Siobhan Dunnavant and Stephen Newman.

“We will soon get together and start working,” Newman said in an interview with WTOP. “It is incumbent upon us to figure out the method of getting a bill passed.”

Following the Supreme Courts decision to overturn Roe v. Wade, Youngkin spokesperson Macaulay Porter said Youngkin is pushing for a 15-week abortion ban. “Virginians elected a pro-life governor and he supports finding consensus on legislation. He has tapped Senator Siobhan Dunnavant, Senator Steve Newman, Delegate Kathy Byron and Delegate Margaret Ransone to do so and prioritize protecting life when babies begin to feel pain in the womb, including a 15-week threshold,” Porter said in a statement. Youngkin himself has often said that he opposes abortion except in cases of rape, incest and when the health of the mother is at stake.

“We think that 15 weeks is a very good place to start,” Newman said. “If we need to move to a 20-week bill then we would do that, but we think the 15-week bill makes a lot more sense.”

Newman said the legislation would not direct law enforcement to go after pregnant women, but it would likely call for doctors who perform abortions after the cutoff to have their medical license pulled.

Abortion is currently legal in Virginia through the first and second trimesters of pregnancy, which is about 26 weeks. Pregnant mothers can still get an abortion in the third trimester but they need three doctors to sign off, saying that the health of the mother is at risk.

Newman acknowledged that it won’t be easy to pass a bill limiting abortion with a divided government, as Republicans control the House of Delegates and Democrats control the Senate.

“We will need to get conservatives, moderates and some of the conservative Democrats to get this done,” Newman said.