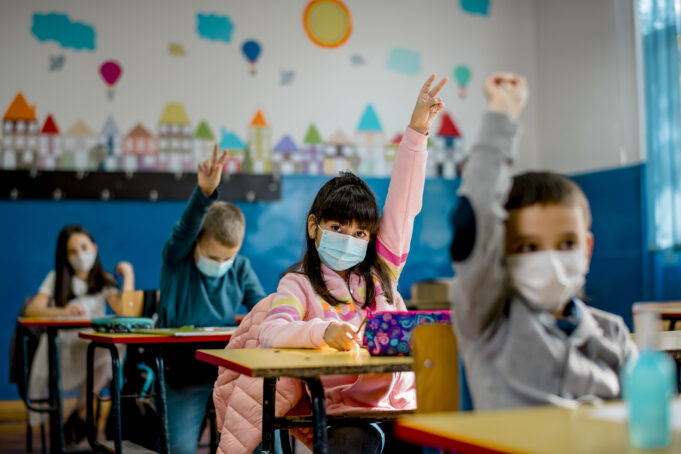 Virginia Governor Glenn Youngkin (R) campaigned with the three Northern Virginia candidates in VA-08, VA-10 and VA-11, drawing ire from Democrats who not only believe that part of Virginia to be their own particular fief but who additionally believe that their marquee issues — Critical Race Theory and gender ideology — are agenda items best kept in the dark and behind closed doors.

Michael Martz with the Richmond Times-Dispatch headlined Youngkin’s visit to NOVA, but curiously enough, most of the article is about — you guessed it — Democratic talking points:

Democrats have other ideas about the issues they want to define the elections. Spanberger, seeking a third term in a newly drawn district rooted in Prince William and the Fredericksburg area instead of the Richmond suburbs, on Wednesday raised the specter of Vega voting to shut down the government after the Republican challenger indicated on a conservative radio show that she would be willing to do so.

When the rest of the world talks about media bias?  Here it is in stark relief.

Meanwhile, for those who read past the headlines and the talking points, Virginia Republicans are clearly intending to take this fight into the suburbs, meaning that Critical Race Theory and gender ideology — still being pushed on children as young as six years of age in public schools — are things Democrats may champion after November, but dare not run on before November.

“The battle lines are drawn, and the battlefields are our schools,” said [Hung] Cao, a Vietnamese refugee and retired Navy captain who won a crowded Republican firehouse primary in May.

Jim Myles put the finger on school choice and vouchers, an early Youngkin election year promise that many Virginians are eagerly looking for the administration to deliver upon after 2023:

“We tried to pull our son out of Fairfax County schools, but we couldn’t find a private school we could afford. … That’s why we need school choice,” he told the audience at the rally.

Karina Lipsman — who has a first hand taste of what socialism actually looks like in then-Soviet-occupied Ukraine — offered the GOP faithful a more global view of the stakes:

Lipsman, a Ukrainian refugee who is challenging Beyer in the 8th, said she grew up in a Soviet Republic. “I’ve experienced true socialism,” she said. “I know what it looks like to see children indoctrinated.”

Yet the entire RTD article was put into the context of an off-hand comment by VA-07 Republican challenger Yesli Vega on whether or not conservatives should force a government shutdown in October in order to stop a wider Biden administration agenda after both the climate change and student debt packages passed Congress for a whopping $1.2 trillion in additional spending:

Asked on the John Fredericks Show on Tuesday whether she was “in favor of shutting the government down and grinding [President Joe] Biden’s administration to a halt,” Vega responded, “I certainly think we have to slam the brakes … so if it has to come to that, I think that we have to.”

Thus Democratic talking points cage what should have been reporting on a stand alone GOP event into a virtual op-ed where facts are carefully arranged just-so in order to present a distorted if left-leaning view on the comings and goings of Virginia’s 2022 elections.

That it still works is the mystery.