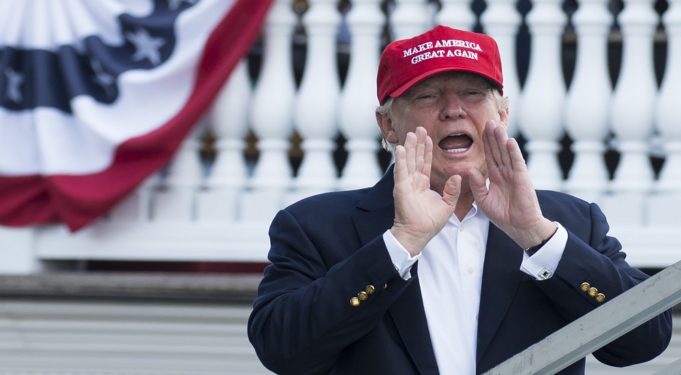 In the old days, press bias was understated but still plentiful.  There was an art to having journalistic bias while still being able to claim objectivity.

The most often used strategy for the liberal press was to control what the topics were that were covered and which ones weren’t.  If the newspaper covered environmentalism, teacher salaries, and nationalized health care while never covering tax cuts, job creation and balancing the budget, they could cover individual stories fairly, but slant the overall coverage by the topics they chose.

The Associated Press proclaimed in their coverage of the President’s speech last night that they are out of the bias closet.  No more nuance.

Let’s look at the headline.

In angry speech, Trump attacks media but misrepresents what he said on Charlottesville

Angry?  Is that fact or opinion?  If some people think it was an angry speech, but others don’t, is it a fact?

In fact, the anger I saw was in the streets from the protesters.

Did Trump “attack” the media, or did he criticize the media?  If Trump’s criticism are an “attack,” than the mainstream media has been “attacking” the President since the moment he took the oath.

The AP never ran a story saying “the press attacks President Trump.”  Heaven forbid!  But these effete scribes have such thin skin that any response to them is an “attack.”

Trump read the actual statement he made in the wake of Charlottesville.  That seemed to bug the Associated Press so much, that it wanted to defend itself in the headline.

I haven’t even gotten to the story!

Let’s grab just a few opinion statements by the AP in this “news” story.

“he erupted in anger” – erupted?

“Trump’s broadside against the media” – touchy?

“pinging insults at perceived enemies such as the media” – He’s gotten under your skin, press, and it shows

“meandering from topic to topic” – if it was Obama, it would say he covered a vast array of topics effortlessly

“Outside the rally, the divisiveness seen across the country was on display.”  – I thought the press said it was bad to say bad things about both sides.

“police fired pepper spray at crowds after someone apparently lobbed rocks and bottles at officers.”   –  someone?  Who?  A protester?   Couldn’t get an unnamed source to tell you that?

Here’s the sad part.  It took FIVE WRITERS to produce this article.  FIVE!

I wonder how much of it was written before the speech even began.

The era of real news is over.  The press fully sees itself as a candidate or political party, fully engaged as a player in the debate.  It no longer covers events.  It is the event.

Whatever it is about Donald Trump, it makes usually nuanced press organizations into raving activists and makes moderate Democrats into raving liberals.

Trump has unmasked the press, and he didn’t have to do anything but criticize the critics.

The only thing the Associated Press is associated with is the Democratic National Committee.

Call it the Advocacy Press from now on.