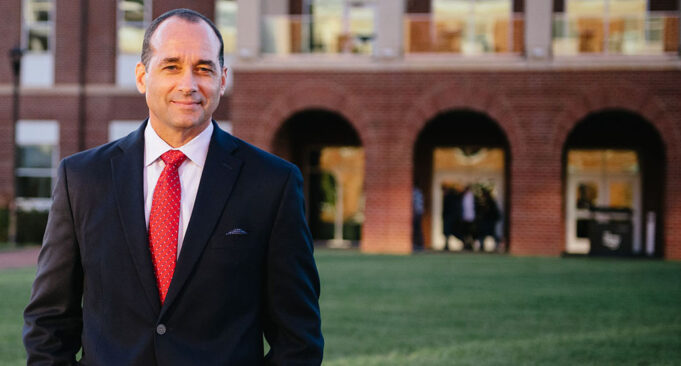 Congressman Bob Good (R-VA-05) said he won’t vote for Minority Leader Kevin McCarthy (R-CA-21) for Speaker of the House when Republicans take the majority in the upcoming congressional session.

“Is there anything that Kevin McCarthy or the folks around him could do to persuade you to flip your vote to a yes,” Steve Bannon asked Good in a Friday interview on War Room.

“No, sir, because there’s a lot of good quality candidates, and again, there’s half a dozen of us or so who have come out in public, I believe there’s man more that will come out public and will stand strong and vote with us on January 3,” Good said.

He said that would reflect the will of the voters and help make changes to save America.

“We’re not going to get that with current leadership,” he said.

Good and McCarthy sparred at a caucus meeting earlier in November where Republicans picked the minority leader to put forward to be speaker — but in a November 16 interview on The John Fredericks Show, Good said there are enough Republicans to block confirming McCarthy as speaker in the upcoming vote before the whole House. He said that in the recent elections, conservative Republicans performed well.

“Where we didn’t do well, John, is where we had the milquetoast, weak, moderate-type leadership specifically to the House,” he said.

He told Fredericks, “I believe we have at least a dozen or so [hard no votes] that are strong, courageous, that will do what needs to be done on the House floor to ensure that we get an improvement in the speaker situation.”

After Good’s radio appearance last week, Biggs wrote in an American Greatness op-ed that he “cannot vote for Kevin McCarthy as House Speaker.” Before McCarthy was picked, Representative Matt Gaetz (R-FL-01) made similar statements on The Charlie Kirk Show, and followed up Tuesday with a War Room appearance where he said Representative Matt Rosendale (R-MT-01) and Representative Ralph Norman (R-SC-01) were additional “no” votes, making the five Republicans needed to vote with Democrats and block McCarthy’s election to Speaker of the House.

“So five of us saying publicly, ‘We have no intention of voting for McCarthy, we are firm in our opposition to him,’ well, that ought to trigger a realization among Republicans that we need a consensus candidate,” Gaetz said.