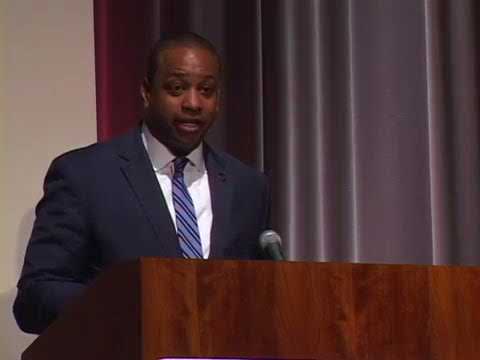 Interesting snippet from National Review’s Jim Geraghty regarding a radio interview Democratic LG candidate Justin Fairfax conducted on the Mark Levine Show (yes, that Delegate Mark Levine… it can be found streaming on Facebook and for what it’s worth, is actually kinda good — though entirely left-wing).

Skip to the 25 minute mark to see where Geraghty is coming from:

Once again, converting semiautomatic weapons to automatic is already illegal and carries a serious penalty. It is hard to say what Fairfax means when he says “essentially automatic.” If he means every semiautomatic that can be converted to automatic, he means…  the majority of firearms in the state of Virginia.

Far be it from me to suggest the plain facts of the matter, but if one has to ask the tough questions?

Between a totally unaffordable push for a $23 billion single-payer health care system, a pro-robot $15/hr minimum wage, and a multi-million dollar effort to extricate Confederate memorials from public spaces?

One really doesn’t see a buy-back program in the offing… nor was such a suggestion even proffered.  Which makes the concerns valid indeed.

This isn’t the first time Fairfax has found himself in hot water, with previous knocks on his ability to restrain his progressive cheerleading having been called into question on issues such as the revealing the names of law enforcement officers who fell into the crosshairs of Black Lives Matters protesters or preaching about a “Second Revolution” and warning “they don’t know what they have unleashed” to independent voters.

Fairfax’s failure to distance himself from the endorsement of Bernie Sanders-led Our Revolution PAC, which is committed to endorsing far-left progressives for public office, has been remarked upon on the campaign trail as well.

Time will certainly tell whether or not Fairfax’s campaign — whose numbers were notably absent from the Washington Post’s skewed poll — is suffering adversely from his gambit to perch himself (and his campaign) on the progressive ledge.