Hopefully the mail firm that put this out got paid in cash up front.

Professional grifter and two-time bankruptcy champion of Prince William County Democrat Elizabeth Guzman really doesn’t want people to know about her bankruptcies.  Which is why she would rather refer to Lingamfelter as a disease. 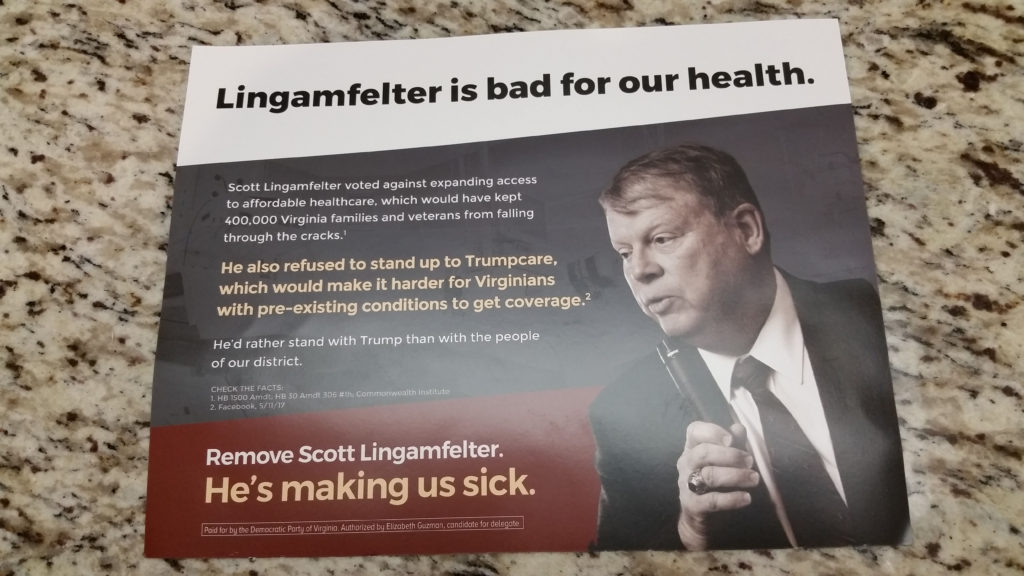 Of course, Guzman’s tone isn’t exactly in sync with her gubernatorial candidate, who has pledged to work with Trump just five months after calling the man a narcissistic maniac — great messaging when Trump’s approval ratings are at 30%; not so smart when Trump is at 45%.

Perhaps Guzman has figured out that independents are seriously questioning her financial acumen?  That’s perhaps why nasty ads such as these sound great around the conference table… but just turn people right off when they hit the mailboxes. 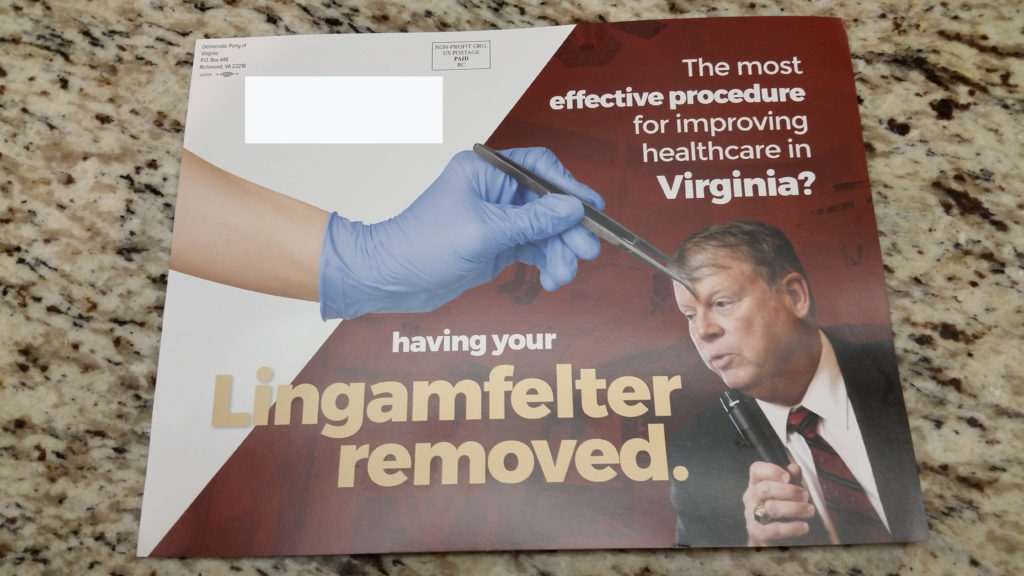 Maybe we’re missing the joke here.  Is a “Lingamfelter” supposed to be some sort of thing on the Urban Dictionary we’re not supposed to know about?  Are we all still in middle school?

…strike that.  Of course we’re not in middle school. Middle school students actually pay back their debts.

Meanwhile, Guzman has yet to say whether or not she is willing to retract her position on giving illegal immigrants Virginia drivers licenses, the prohibition being effected after the terrorist attacks of 9/11.

Another bankrupt idea, we suppose.