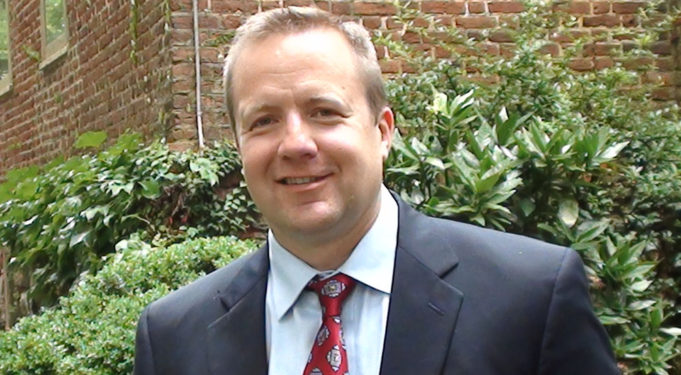 So here’s the narrative from the Washington Post’s Laura Vozella and Robert Costa — that Republican gubernatorial nominee Ed Gillespie has finally moved far enough to the right to earn the endorsement of Prince William County firebrand Corey Stewart.

From the news article that we are told is supposed to sound like journalism, but is really an editorial:

Partnering with Stewart, however, raises the risk that Gillespie will energize Democrats and turn off moderates who were repulsed by Stewart’s antics, which included rallies in front of the Confederate flag and raffling off a semiautomatic rifle to donors. Four of the five Republicans who serve with Stewart on the Prince William Board of County Supervisors all endorsed Gillespie during the primary because they objected to what they considered Stewart’s divisive rhetoric.

Perhaps the Washington Post intends this to be a kinda-sorta endorsement.  Surely, Stewart couldn’t have meant for his supporters to get out there and actually vote for Ed Gillespie in the general election, right?

So why are we even hearing about this now?  Once again, the WaPo leads with anonymous sources (five, to be precise) — none of whom are willing to speak on record.  Once again, we have a panicked Washington Post trumpeting a 13 point lead for Northam.

So why the panic?  It’s right here in the story:

Gillespie, whose internal polls show him in a neck-and-neck race with Democrat Ralph Northam…

The Washington Post has done just about everything to revivify a moribund and lazy Northam campaign.  Over the last seven days, they have tried guns (didn’t work), immigration (didn’t work), MS-13 (yes, we’re concerned), spinning the debate (Northam got crushed) and now a patently false story about Stewart extending an endorsement that was already extended in July.

…notice a pattern here?  Northam’s campaign has already shifted his tone, backing away from a progressive base election and moving towards independents in a big way.

The Washington Post — mimicking the marching orders from Onancock — is trying to run stories designed to scare the hell out of independents.

Because they really believe that voters are that uninformed and stupid — or that Gillespie and Stewart can be drawn into an open fight.

They really, really do.