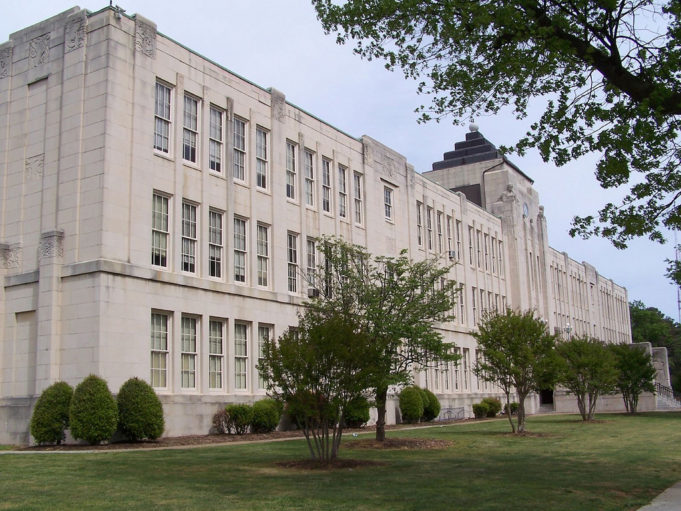 As funding for the modernization of Richmond Public Schools (RPS) has been allocated instead to frills and sports facilities in Richmond, Mayor Levar Stoney has been on a taxing rampage to “find” the money needed to provide for the revitalization of under-maintained facilities. As the issue was taken up by the General Assembly this year, Governor Ralph Northam has officially signed the Republican-sponsored legislation requiring Stoney to adhere to the November 2016 referendum to present a fully-funded modernization plan to the City Council by January of next year, or say that it cannot be done.

Introduced by State Senator Glen Sturtevant (R-Richmond), Senate Bill 750 prohibits basing the fully-funded RPS modernization plan on the passage of new or increased taxes for that purpose. Structured to change the capital city’s charter, the measure passed through both the Senate and the House of Delegates without a single dissenting vote.

The charter amendment will take place on July 1, thus giving Mayor Stoney six months to provide a plan to the Council. Afterwards, the Council will have 90 days to discuss then implement the proposal.

According to a report from the Richmond Times-Dispatch, the complete modernization of all 44 RPS schools is estimated at $800 million over the next 20 years. In December, Superintendent Jason Kamras and the Richmond School Board passed a five-year plan that addresses the most important issues of infrastructure upgrades and general maintenance. The division’s five-year plan carries a hefty price tag of $225 million.

In February, Stoney passed the controversial meals tax in Richmond, raising the tax from six percent to 7.5 percent to leverage a higher borrowing rate to provide for the School Board’s plan. However, the proposal was only funded up to two-thirds of what was originally needed, meaning the remaining $75 million required to complete construction and begin upgrades is still unfounded.

“The mayor has already made a significant down payment on school facilities funding and will continue to do his job,” said Jim Nolan, the mayor’s spokesman, on Wednesday according to the report.

Although 85 percent of Richmonders supported the referendum which required the mayor to seek a modernization plan without raising taxes, Stoney opposed it, voicing his reticence towards the measure even as legislation was forwarded through the General Assembly. Mayor Stoney went on the radio at WRIR recently and explained that pushing a referendum is “easy,” but seeking the funding is a tougher matter.

“There are no extra dollars out there to be repurposed,” Stoney said. “We need to find real dollars for this.”

Regarding the “extra dollars” for RPS modernization, in the Mayor’s budget, $1.6 million was put aside for “arts and culture.” $74 million was put towards the Capital Improvement Program, including funds to improve city swimming pools. $8 million in city subsides went to the convention center. $1 million is going to the Main Street Station event venue. $1.7 million will go to the Richmond Coliseum to improve entertainment and a further $1.6 million will go to tourism marketing. $54,000 was allotted to Parks and Recreation for dance classes. $750,000 per year will go to paying off the loan to construct the Redskins Training Facility that should have already been paid off, on which the city still owes nearly $8.6 million.

There are countless examples of funding that could have been used to provide for RPS. Nevertheless, Stoney said during the radio interview that he is willing to, “explore everything,” when it comes to fixing RPS facilities.

Well, the aforementioned items are a start, Mr. Mayor.

As he has lobbied to improve the severity of RPS facilities, Paul Goldman, the outspoken architect of the referendum, opined on the passage of the legislation and subsequent signature from Governor Northam saying, “After 62 years of being denied, the children of Richmond will finally get a plan.”