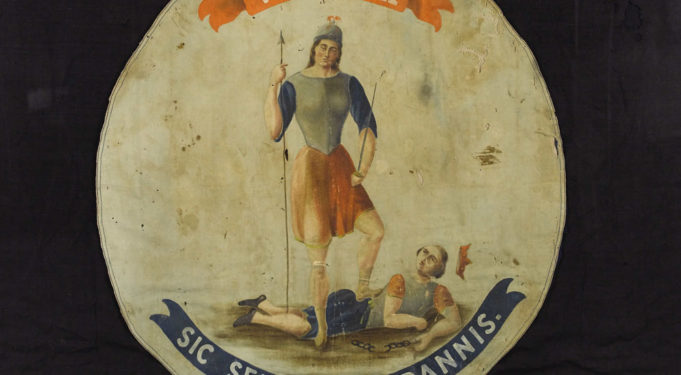 In antiquity, the ancient Greeks defined excellence as the habit of acting rightly. As the progenitors of all western democratic thought, it is not hard to trace back the modern mores of our Commonwealth to the exemplars from which our founders drew their inspiration.

Since her inception, the “Virginia Way” has long embodied the harmonic expression of doing what’s right while considering that which benefits the lives of her people. Following this mantra, excellence has been the unifying theme among the generations of histories that have captivated our hearts.

Emblazoned on our sacred banner, “Thus Always to Tyrants,” summons courage from the timid souls of the masses to weigh down the daily duties of government. Only by the counterbalancing components of a strong legislature, a universal system of adjudication, and the charismatic clamor of the people’s voice is our Commonwealth sustained in good health.

More and more however, the spirit of honest confrontation has gone missing from our contemporary political traditions.

More and more we observe that any level of division and antagonism serves only to anchor our ships from the uplifting current of progress.

Can we not aspire to hold ourselves accountable while at the same time embracing the virtues of unique thought and principle that exist within each of us?

For far too long, the temptation to adopt the path of sure and swift success to promote oneself for the sole purpose of power has come at the expense of diminishing public trust. In fierce opposition to this notion, the “Virginia Way” presents a timely rain to a desert scorched by the drought of partisanship by repositioning the common good ahead of all else.

As children of God, our common purpose has always remained bound in the perseverance of freedom.

At the heart of our Virginia, the freedom of the individual forms the basis of our collective prosperity; it is her stalwart.

Throughout history, the people of our Commonwealth have demonstrated the veracity of this axiom, that a life untested by the strain of adversity can never fulfill the burden of history. These sentiments herald the “Virginia Way.” In braving any hardship, we glean the most basic of human understandings, that we must endure the rain to cherish the sun.

When clouds of division blanket our skies, the resiliency of faith is revealed.

In testament to this, our Commonwealth serves as a living monument, in places more heavily weathered than others.

Beginning with a colony that spurred the birth of a nation, to the racial strife that engulfed a Civil War, and many decades later a Civil Rights Movement; Virginia has outlasted. Our unyielding capacity to adhere to our moral faculties have led us through days of darkness to conquer all dangers arrayed against her people.

For generations, founders, patriots, Generals, and trailblazers of all races and creeds found in George Washington, Thomas Jefferson, Robert E. Lee, Stonewall Jackson, Oliver Hill, and Doug Wilder have practiced the virtues of our “Virginia Way” with stamina and courage to overcome overwhelming odds to achieve for Her people – excellence in the fullest measure.

From these champions, we are reminded within each of us yearns a humble hope; in aggregate, the unifying spirit of our people.

In spite of the tides of antagonism that have risen and fallen as swiftly as those of our great Chesapeake, our familial trust is sustained in the crucible of war and grief.

The unbridled zeal for thy neighbor’s wellbeing buoys us above the waves and the shallow sands that spread across our precious shorelines as brilliantly as the sun rises over the Blue Ridge.

For the remainder of this Commonwealth’s span, the expansion of liberty must echo eternally.

While a confident and willing unity is found in working together in mind and in spirit, so follows a flourishing peace of her people.

This is the Commonwealth… this is the Virginia Way.  This is what must be offered up again to the benefit of our mutual posterity.

So may God establish the work of our hands.

“When you come together, each one has a hymn, a lesson, a revelation, a tongue, or an interpretation. Let all things be done for building up.”