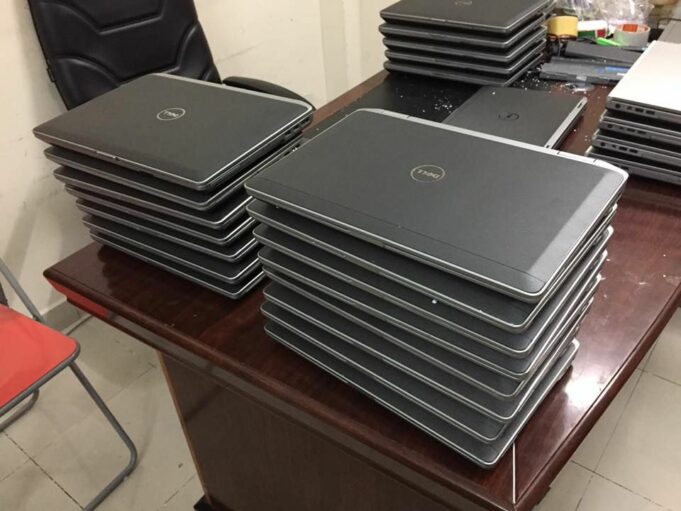 According to the Fairfax County Police Department (FCPD), three men have been arrested and charged in connection with a scheme to steal and sell laptops from Fairfax County Public Schools (FCPS).

A release from FCPD says Franque Minor II, 35, of Maryland and Mario Jones Jr., 21, of Woodbridge, Virginia, were arrested as part of an investigation that began in March, when FCPS notified authorities that several thousand laptops appeared to be missing.

Minor and Jones were employees of the school district, but also worked in a warehouse for a company called Attyah Computer Recycling in Ashburn, police say.

The investigation involved surveillance of a box truck registered to the company that would often make deliveries to the warehouse.

“The morning of July 14, detectives were conducting surveillance at the warehouse and observed the truck arrive at the location,” the release said. “Detectives conducted a traffic stop and found stolen laptops in the vehicle.”

“The driver, Fadi Atiyeh, 36, of Centreville, was arrested and charged with receiving stolen property and larceny with the intent to distribute,” according to the release. “Detectives determined Atiyeh was employed by Attyah Computer Recycling. A search warrant was executed at the business, and additional evidence was recovered.”

That additional evidence led to the arrests of Minor and Jones. They were charged with embezzlement and larceny with the intent to distribute.

“Detectives continue to comb through a significant amount of evidence to determine the extent of the embezzlement,” FCPD said. “Preliminarily, detectives believe as many as 35,000 laptops were stolen with an estimated value of over $2 million. Detectives believe the offenses date back to November of 2020.”

The trio was allegedly auctioning off the stolen laptops in exchange for cash.

FCPS has recently been in the news due to the district’s focus on placing pornographic books in its school libraries. It has also paid known racial agitator Ibram X. Kendi tens of thousands of dollars to conduct Critical Race Theory (CRT) training at the school.