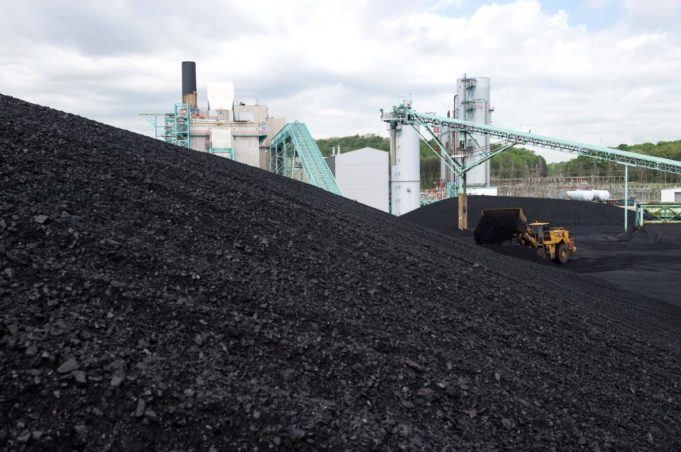 Although there has been a gradual trend away from coal towards natural gas, towards renewable energy sources, leading to the eventual closing of hundreds of traditional generators across the U.S. in the coming years, not every mining company sees a bleak future. Some companies have even increased investments in the commonly-said “dying industry.”

“We can sell every ounce of coal we can produce,” said Consol Energy CFO David Khani. “This isn’t true for everyone.”

Consol, which supplies thermal coal to large power plants, is ramping up market investments just as is Ramaco Resources, which provides metallurgical coal to steel mills.

In his 2016 presidential campaign, Donald Trump promised to revive the languishing coal sector by stripping away the burdensome regulations set forth by his predecessor. Though, the two companies say, according to the New York Times, that their confidence originates from current market forces, not potential congressional or executive policies. They are now showing profitable solutions, whereas others are facing decline in the industry.

Executives from Ramaco claim that global demand for metallurgical coal will rise in congruence with economic growth as infrastructure is rebuilt and other steel-based construction projects are undertaken.

“‘Met’ coal is a proxy for steel, which is in turn a proxy for a nation’s GDP,” said Randall Atkins, Ramaco’s executive chairman. “The world finds itself economically in a good place.”

He also explained that Trump’s steel tariffs could shift some of the demand for metallurgical coal to the domestic market, but that foreign demand for U.S. exports also remains strong.

For Consol, they say they has found a way to turn the rapid decline of domestic coal-fired power into its strong point. The company has cultivated a corporate clientele that utilizes big generators that are not expected to shut down anytime soon, thus becoming the power player in the market.

The company boosted capital spending in 2017 by 50 percent to $81.4 million, aiming to increase it to $125 million in 2018, according to the report. Meanwhile, Ramaco tripled its capital expenditures to $75 million in 2017, making it one of the few producers investing in new U.S. mines.

The U.S. coal industry increased its overall capital spending in 2017 by 27 percent, targeted mainly at sustaining operations rather than expanding as individual coal firms have cut back capital spending.

Both Consol and Ramaco have applauded the Trump administration’s pro-coal stance and deregulatory efforts, but they are still banking on sheer market optimism.

“There has been no game-changing legislation that would allow for increasing domestic demand,” said Atkins.

All of this is also great for the Commonwealth. During the first financial quarter of 2018, 10.3 million tons of coal were shipped out of Hampton Roads, Virginia, a 16 percent year-over-year increase. At the same point in 2017, 8.9 million tons were exported, according to the Norfolk-based T. Parker Host Inc., the largest dry bulk-carrying ship agent in the country.

Executive Director of T. Parker Host, David Host, said the soaring numbers are caused by, “global or world dynamics,” which have been spurred by increased construction numbers. A higher demand in Asia and Europe is driving the market, leading to greater production in the U.S. and bolstering export numbers throughout the country.