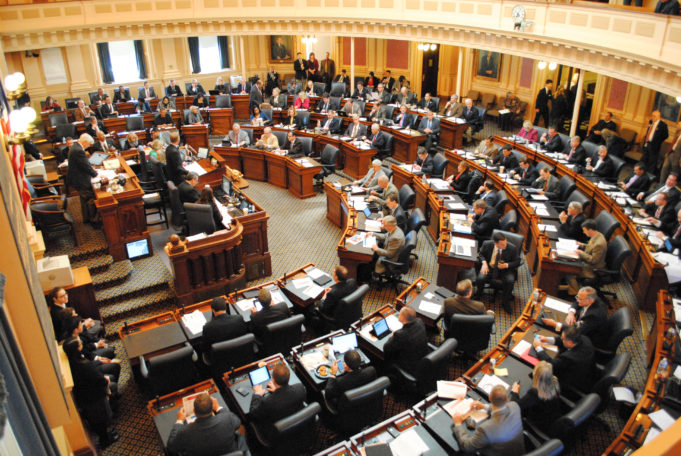 The Republican majority of the Virginia House of Delegates is known for being very pro-business, pro-tax cuts, and pro-economic growth that benefits all throughout the Commonwealth. During the 2018 General Assembly Session, the GOP held back hundreds of millions of dollars, even billions, in tax raises introduced in the legislature by the Democrats, many of which would have centered on negatively affecting the widespread middle class in the state.

The Virginia Chamber of Commerce has released their 2018 Legislative Report Card honoring 19 Republicans with an “A+,” with the average grade among those within the Republican Party being an “A” and 10 members receiving a perfect score of 100.

In comparison, House Democrats received an average grade of “D” with seven members receiving a failing grade of “F.”

“We have been focused on issues that encourage businesses to start and expand here in Virginia. This year alone we defeated more than $700 million in tax increases, expanded access to broadband, and passed legislation setting up a process to eliminate 1,200 regulations in the next three years.”

Speaker Cox added, “According to the Chamber, the legislature defeated hundreds of anti-business bills that would increase the cost of doing business in Virginia by $6.3 billion and cost 150,000 jobs. For Virginia businesses and workers, a Democratic majority would come at a steep cost.”

“This should be a clear sign that the socialist roots growing deeper within the House Democratic Caucus are a clear threat to what we have worked for decades to create in Virginia,” said House Majority Leader Todd Gilbert (R-Shenandoah) in a press release from the Virginia House GOP. “Under Republican leadership in the House, Virginia is consistently recognized as one of the best states in the country for business. We have worked hard to keep taxes low while still protecting our Triple A bond rating.”

“The Chamber is recognizing House Republicans for protecting our business climate while calling out our Democrat colleagues for pushing policies and regulations that will raise taxes on Virginians and stifle job creation,” said Caucus Chairman Tim Hugo (R-Fairfax). “I hope this is a wake up call to people of Northern Virginia that should Democrats ever take over the House of Delegates, our business climate as we know it will be forever changed.”

“With the 2018 elections behind us, the Chamber’s Legislative Report Card shows exactly what is at stake next year,” said Majority Whip Nick Rush (R-Montgomery).“Over the next 12 months Republicans will take our message of creating jobs, lowering taxes, and expanding educational opportunities to every town in Virginia. This report card shows just how vital it is for our economy’s future to maintain a Republican majority in the General Assembly.”

House of Delegates members receiving an A+ were:

House of Delegates members receiving an F were:

Interestingly, all the members of the House that received an “F” are all from Northern Virginia.