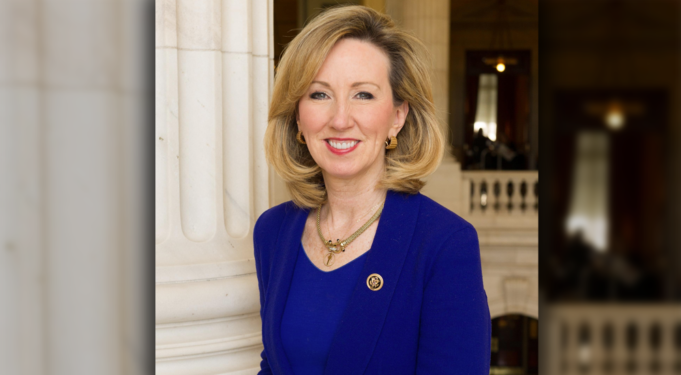 With nearly $2 million cash on hand and a sea of Democratic challengers either underperforming or failing to demonstrate either the financial or grassroots muscle needed to mount a serious challenge, the so-called Big Blue Wave might have run into their Gibraltar in VA-10.

The first quarter financials numbers are in from the Federal Elections Commission (FEC) and shows good news for the Republican incumbent in VA-10. Congresswoman Barbara Comstock is sitting high above the pack with $875,488 in contributions and $1,820,738 in cash-on-hand.

Her next closest opponent?  Hollywood elitist Alison Friedman with an out-of-state special interest sugar rush that managed to generate a mere $314,899.

What’s more, with Democratic infighting barely reaching a DEFCON 3, the worst is yet to come.  Both Helmer and Friedman have demonstrated a proclivity towards friendly fire, as State Senator Jenny Wexton (D-Fairfax) — darling of the Hillary-Pelosi establishment — was absolutely savaged at a citizen town hall by Democratic candidates and activists alike.

With the generic congressional ballot in freefall for the Democrats at D+4 and the Republican-led tax cuts revving up the American economy, many Democrats who once felt themselves safe in Republican areas are starting to feel that slight twinge of worry again.

Given that Comstock has plotted her own course in Congress, Democrats will be hard pressed to pin her as a something other than what she is — a leader whose values matches her district.

Meanwhile, Democrats just don’t seem to be very interested in the effort, as the smorgasbord of candidates parachuting in seem more obsessed about peeling the paint off of fellow liberals with an admixture of rage and impotence.

If the Democrats intend to continue with an agenda of impotent rage in the face of competent leadership, then Republicans just might be setting the tone in Virginia and beyond — despite the media narrative.

…which is probably why the smart money is moving away from the Democrats in VA-10.