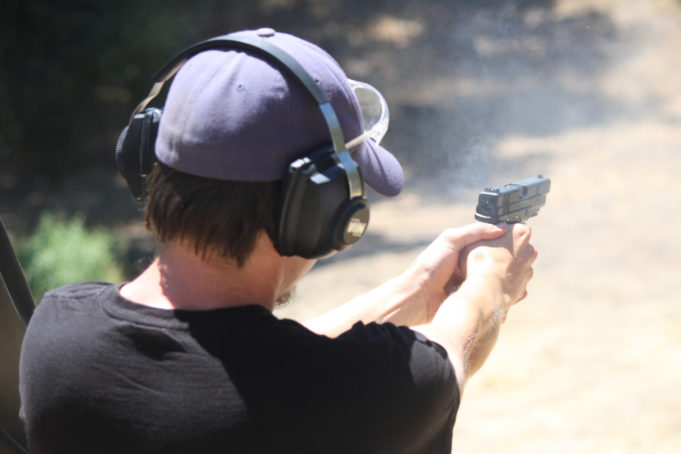 A Stafford County man has been arrested after his young child fired a gun into an occupied apartment below them.

According to WRIC, the Stafford County Sheriff’s Office said deputies responded to Fern Oak Circle around 6:30 p.m. on August 2 for a reported shooting, where the residents of a downstairs apartment told them a bullet had been fired through their ceiling, into their home.

A police investigation revealed the toddler of the resident in the apartment upstairs, 20-year-old Delontae Harris, had picked up the father’s handgun and shot it into the floor, and through the ceiling of the occupied home below them. The sheriff’s office said no one was injured in the incident.

The handgun was seized as evidence, and Harris was charged with felony child endangerment and allowing access of a loaded firearm to a child. The sheriff’s office said Child Protective Services was notified and the toddler was turned over to a responsible adult.

The Stafford County Sheriff’s Office has also informed the public that they have free gun safety locks available for the public use, and hopes people take advantage of these locks to avoid any situations like this in the future. Contact 540-658-4030 for more information.