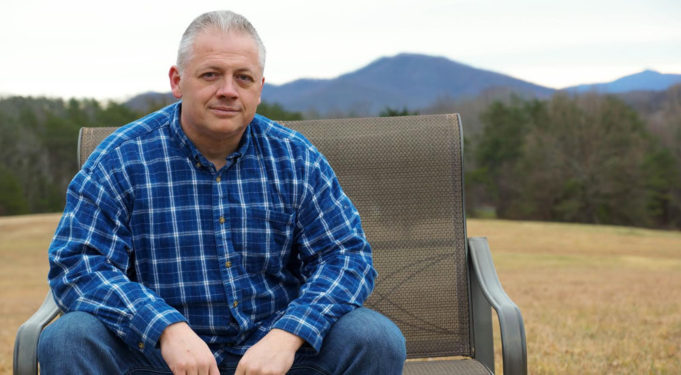 If Republicans are looking for happy news in an otherwise bleak political landscape, you would be hard pressed to find a better crafted narrative for the future of the GOP than Denver Riggleman’s campaign for Virginia’s 5th District.

The Charlottesville-centered district was supposed to be a cakewalk for the Democrats in 2018, one where a reasonable centrist should have walked all over the Tea Party incumbent.

….except none of that has gone to plan.

In a series of events that couldn’t be scripted better by a Hollywood mogul, Republican stalwart Denver Riggleman has not only achieved an impossible task — unifying Virginia Republicans — but he has also braved the headwinds of rage fuming from Democratic operatives so desperate for a knockout punch, they had to resort to “bigfoot” in order to try to find any leverage at all.

Democratic candidate Leslie Cockburn has not only struggled to prove that she actually lives in the district, but has openly struggled in the task of governing her own campaign.  The premature firing of her former communications director after the “bigfoot” debacle simply wasn’t enough to bring Cockburn’s effort up to the level of seriousness.  Coupled with a Wexton-like disaster of a performance at the recent congressional debate in Rappahannock County, Cockburn has done herself no favors.

Need proof?  Riggleman has been up on television since 17 September with a modest 1,000 point advertising buy, which means the campaign has decided that it has the resources (and the confidence) to stay on the air.  NRCC has moved Riggleman into the “Young Guns” camp, meaning that Riggleman’s victory has moved from theoretical to actual from those who only place bets on candidates who are doing the hard work up front.

Whatever head start Cockburn thought she had by attempting to treat VA05 as if it were a special election has long since evaporated for one very simple reason: Riggleman has chosen to run the campaign as if it were a special election himself.  Not only is Riggleman’s team fully staffed up, they have met or exceeded their metrics for voter contact every month since earning the GOP nod.

In contrast, Cockburn’s staff turnover is matched only by the number of field staff she has felt required to employ — 15 in total — leaving very little cash on the table for television or radio.

Yet for all of the tactical errors Cockburn has made and the strategic gains Riggleman has chosen to make, the simple fact of the matter is that Riggleman is a good match for his district.  Riggleman’s cheerful demeanor, his willingness to bring all sides to the table, and perhaps most importantly the general sense that Riggleman’s accomplishments in life simply aren’t wrapped into the idea of being a congressman.

A wise man once said that if you want to find the right people for public office, look for those who have accomplished something outside of public office.  Riggleman is a refreshing change of course from the run-of-the-mill politician, one that wins the respect of working families and earns the rapport of those who know Riggleman as a team player.

The simple fact of the matter is that Cockburn doesn’t match the district; Riggleman personifies this part of Virginia.  His libertarian-leaning views and fiscal sobriety enable Riggleman to breathe with both lungs of the GOP, and his firm and unapologetic stance against the alt-right in all its forms is the leadership sorely absent in Virginia Republican circles over the last five years.

One expects this race to move away from the “Leans R” category to “Solid R” rather shortly.  Cockburn is losing this race because she never had a reason to be in it in the first place… all that’s required now is the voting.