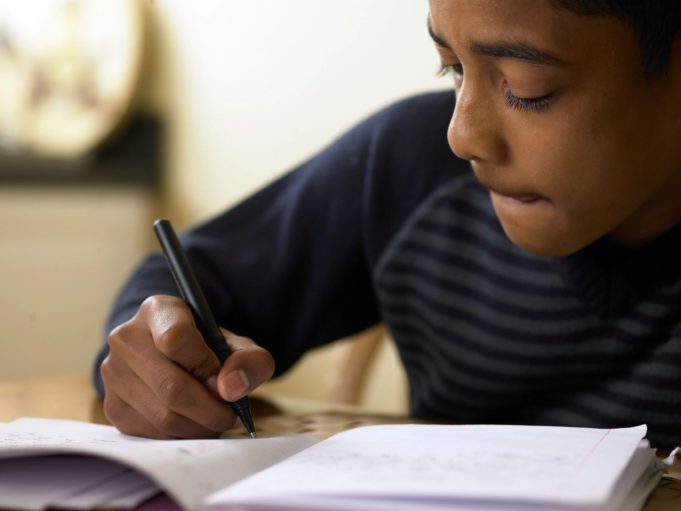 This morning’s Richmond Times-Dispatch reports that Virginia’s SOLs have flat lined from the previous year, while the City of Richmond’s beleaguered school system isn’t even close to being on target for full school accreditation over the next decade.

Data released Tuesday by the Virginia Department of Education reflect one bright spot and more bad news for the city’s schools at a time when ink is drying on a monitoring agreement with the state that requires all 44 division schools to meet full accreditation requirements within the next decade. Right now, 17 do.

Although the number of public school students passing state accountability tests largely stayed steady or ticked up across Chesterfield, Hanover and Henrico counties, Richmond saw a 2-point dip in reading, to 58 percent, a 4-point drop in math, to 54 percent, and a 5-point loss in science, to 59 percent.

Allow me to propose a radical idea.

Richmond City Public Schools have been failing for decades.  We all know this.  As a twin victim of changing work patterns in the latter part of the 20th century and Massive Resistance (including interstates and highways plowing through black neighborhoods), Richmond is perhaps a unique example of a southern city whose promise of a free and quality education per the Virginia Constitution remains unfulfilled.

What does Richmond require?  A Marshall Plan for education.

(1)  In three months, come up with the infrastructure plan to refurbish or rebuild dilapidated schools.  Just do it — everyone knows what the problems are.  Stack the “wish list” and then address the needs list.

(2)  Figure out what the baseline salary is to attract quality teachers in Virginia, then standardize pay for all teachers across the Commonwealth.  One salary scale, one paycheck.  If a teacher goes to Floyd or Fairfax, they should all be paid the same salary — period.

(4)  Safe schools.  Whatever the cost is to patrol the hallways and remind the students that this is a place to learn, not socialize?  Pay it.  No one should fear bullying or social pressure in order to get the education they deserve.

(5)  Draft a five-year infrastructure and logistics plan and have the General Assembly subsidize the hard costs.  Now there’s the kicker… but a dual pronged approach to having one-time infrastructure costs absorbed by the Commonwealth added to a series of reforms that could be used as a pilot towards statewide reforms?  That’s the goal… and yes, it might very well be the task of a future governor, but at least the pieces are in place.  If we have to forfeit our tax cut in order to fix education?  So be it.

We can’t ignore the problem any longer.  Petersburg is failing, Norfolk is close.  Public education in rural Virginia is becoming unsupportable by the real estate property tax, and school boards across the Commonwealth are struggling to meet the demands of a 21st century economy using 20th century solutions with a 19th century tax structure. Richmond Mayor Levar Stoney is no stranger to bold ideas and radical reform — and this would be a critical step forward to healing a multi-generational apparatus of benign neglect inside Virginia’s capital.

Something has to give, and if there’s a solution to be found?  Start where folks are hurting the most.