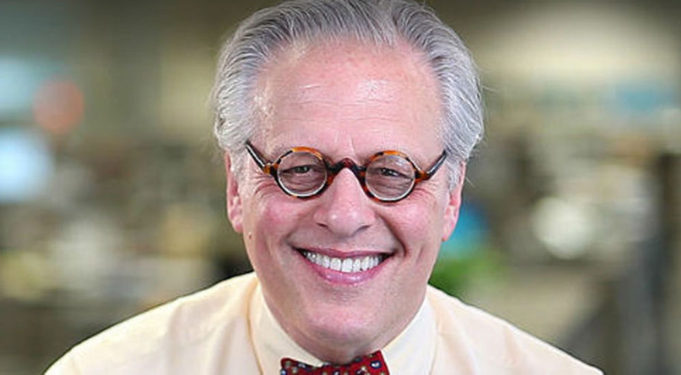 The Richmond Times-Dispatch’s Jeff Schapiro — perhaps the sharpest wit in the room — appears to be decidedly chagrined at the prospect that the 34-year old Democratic lieutenant governor nominee Justin Fairfax just might not know everything there is to know about state government:

Coming off his second and final debate this past Thursday with Jill Vogel, Fairfax — via his surrogates and social media — is wondering whether the Republican is playing the race card by saying he is “not informed” to “talk intelligently” on such issues as her controversial legislation requiring a vaginal ultrasound for a woman seeking an abortion.

Vogel is standing by her remark. On Tuesday, her spokesman, Chris West, was saying nothing more.

Of course, most folks are going to put Republican State Senator Jill Vogel’s experience both as a legislator and a mom a bit more ahead of Justin Fairfax’s experience — in both fields. One suspects the number of vaginal ultrasounds Mr. Fairfax has received in the course of his existence on this earth to be a number approximating zero.

The real clue in all of this is embedded in the very last sentence of Schapiro’s piece — which all things having been said, explores the kerfuffle between Fairfax and Vogel fairly and in full — ends on this none-too-cheery note for the lackluster Fairfax campaign:

…if Ralph Northam defeats Ed Gillespie for governor by 5 percentage points or better, that may be the just ticket for Fairfax.

With internals showing Gillespie and Northam literally neck and neck (forget margins of error), that spells doom for the Fairfax campaign — whose lack of experience matched with a failure to connect with Virginia voters — Vogel seems to have the LG race well in hand, which explains both the Hail Mary pass from Fairfax on top of redoubled efforts by the Herring campaign to keep a feisty and consistent Adams from potentially sweeping Virginia back into Republican hands.

If the Fairfax campaign is desperately hoping for a five-point Northam victory, then the campaign needs to prepare for a different sort of experience — defeat.