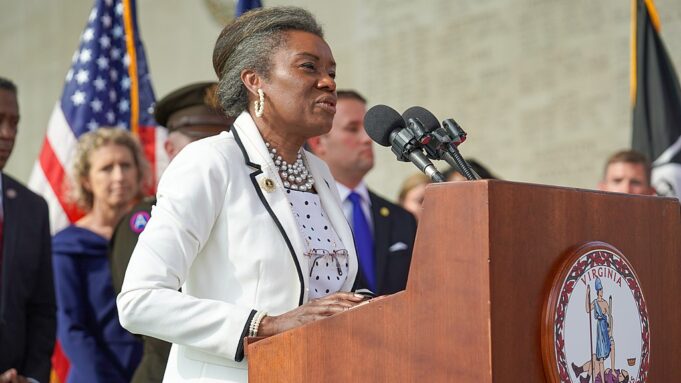 As Virginia is still trying to see what the future of abortion laws is going to look like following the historic Dobbs Supreme Court case, according to an interview with ABC, it appears that Lt. Governor Winsome Earle-Sears could be the tie-breaking vote on abortion policies.

Now that Roe v. Wade has been struck down by the U.S. Supreme Court, abortion rights will be decided by each state. Access in Virginia will not be immediately impacted by the ruling but that could change down the road if Republicans get their way.

“I believe the baby in the womb wants to live. Now we have to make sure that we take care of the life and the health of the mother and, of course, rape and incest. But at the same time, I thought, this is excellent. We get an opportunity to talk about this some more,” Sears said.

New restrictions are expected to face an uphill battle in the immediate future. Republicans narrowly control the House of Delegates 52-48, and Democrats hold a slim 21-19 majority in the state Senate. However, one Senate Democrat is personally against abortion and has previously supported additional restrictions. Recent efforts to roll back access have died in committee, but Sears could be the tie-breaking vote if a bill makes it onto the floor.

Asked how many weeks into a pregnancy she thinks abortion should be banned, Sears said, “Well, the Governor has said that he’s putting forward 15 weeks. I think that’s an agreeable time period.”

Sears said her focus is on improving the adoption system, expanding access to midwives and doulas and increasing Medicaid reimbursement rates so more doctors will accept low-income patients. She also wants to address higher death rates for black mothers and babies.

“Black woman, we’re dying in numbers that we shouldn’t be when we’re having our children. In fact, I almost died when I had my last baby,” Sears said. “There is so many things that we can do. Let’s talk about life. Why are we losing so many of our babies?”

Youngkin himself is already putting together group for his plans to push for a 15-week abortion plan in place for Virginia. According to WTOP, Youngkin called together four Republicans to work on the bill: delegates Kathy Byron and Margaret Ransone, and senators Siobhan Dunnavant and Stephen Newman.

Newman acknowledged that it won’t be easy to pass a bill limiting abortion with a divided government, as Republicans control the House of Delegates and Democrats control the Senate, so it may be down to Sears to break the stalemate.