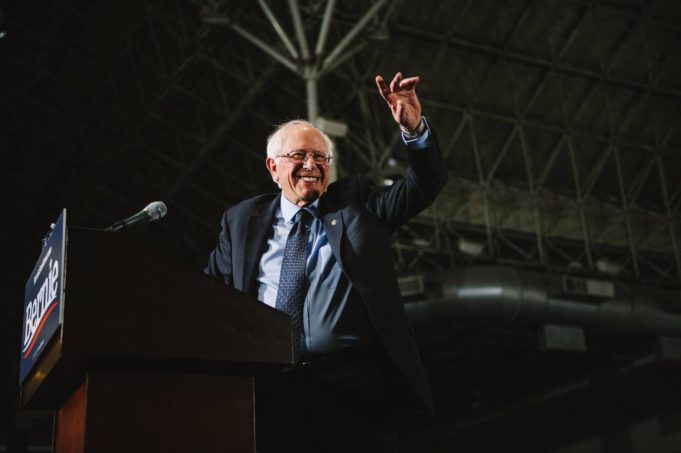 Primary season brings out some interesting ideas, especially at the national level.

Things like “Medicare for All,” “Forgive all student loans,” “Flat taxes for everyone,” and “Let terrorists in jail vote.”

Yes, voting rights for incarcerated terrorists. Long-time Vermont socialist and U.S. Senator Bernie Sanders embraced that position at a town hall in Massachusetts earlier this week, telling a live audience that even the Boston Marathon bomber should be allowed to vote while serving his life sentence.

Reaction was predictably harsh. Even anchors on CNN had to pick their jaws up off the floor after hearing Sanders’ crie de couer for disenfranchised murderers. Predictably, Bernie took a lot of heat, especially from first responders and family members of those killed and injured by the bomber.

Senator Kamala Harris initially jumped on the Sanders bandwagon before realizing what an absolutely terrible idea it was and reversing course the next day.

Virginia is no stranger to fights over felon voting rights. Restoration for felons who have completed their time, regardless of their crime, was controversial enough in recent years. That sparked a legal battle between then-Governor Terry McAuliffe and the House of Delegates that went all the way to the Virginia Supreme Court twice.

Surely no politician in Virginia would be radical enough to join Bernie Sanders on this one. Right?

Indeed, it was Sanders doing the joining. Some 13 members of the Virginia House of Delegates, all Democrats, signed on to House Joint Resolution 598.

The proposed amendment to the state Constitution would strike the current prohibition on voting by felons and replace it with universal voting rights, for all registered U.S citizens living in Virginia age 18 or older.

Further, it would block the General Assembly from ever restricting voting rights from those in jail again.

“Every person who meets these qualifications shall have the fundamental right to vote in the Commonwealth, and such right shall not be abridged by law,” the amendment reads.

Democrats have made great noises about taking back the Senate and House of Delegates. But the argument they’ve made for themselves so far include 40-week abortion  higher taxes for Northern Virginia families, and voting rights for terrorists.

It’s been said that all Democrats have to do to win is not be crazy. Apparently that’s too much to ask for a significant number of Democrats on the ballot this November.