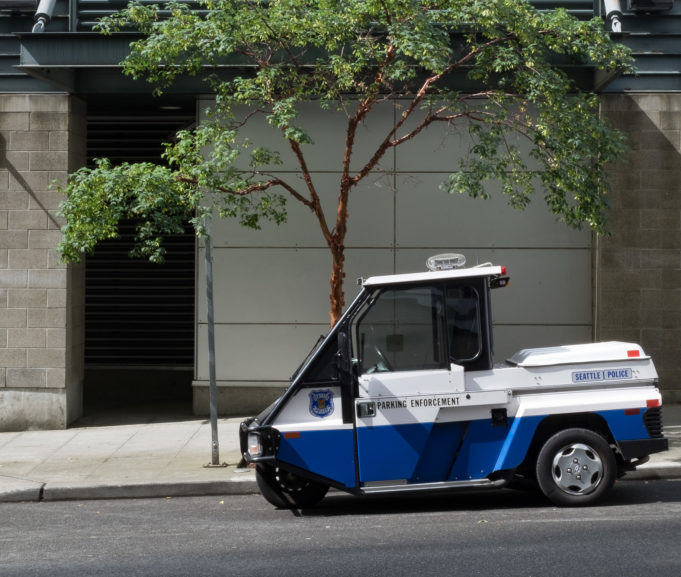 Parking officers and meter maids in Richmond, Virginia Beach, Alexandria, and nearly any other city or town throughout Virginia that mark the tires of vehicles to keep track of how long drivers have been parked are actually violating the U.S. Constitution, a federal appeals court found Monday. The lawsuit came out of the 6th U.S. Circuit Court of Appeals, which now deems chalking tires an abridgment of the Fourth Amendment.

According to a report from NBC News, Alison Taylor, the plaintiff, was issued 15 parking tickets over the course of three years in Saginaw, Michigan, by the same parking officer, who is even described in the lawsuit as the city’s “most prolific issuer of parking tickets.”

Attorneys for Taylor argued that marking tires with chalk constituted an unreasonable search under the Fourth Amendment to the U.S. Constitution.

Originally, the case was dismissed by a U.S. district judge in Michigan in 2017, who explained that even if chalking a tire constitutes a search under the Fourth Amendment, it is a “reasonable” search because a piece of chalk is not an “information-gathering device.” A device such as a location tracker would violate the plaintiff’s privacy rights, but chalk does not.

Nevertheless, a three-judge panel earlier this week ruled that chalking a tire is a search, disagreeing with the former ruling that it constituted a reasonable search.

U.S. Circuit Judge Bernice Bouie Donald, writing the opinion in Alison Taylor v. City of Saginaw, et al, stated that when drivers pull into parking spaces, “the city commences its search on vehicles that are parked legally, without probable cause or even so much as ‘individualized suspicion of wrongdoing’ — the touchstone of the reasonableness standard.”

She added that parking for longer than what is deemed necessary does not “result in injury or ongoing harm to the community,” meaning the city is wrong to argue that parking enforcement is part of its “community caretaking” responsibility, thus justifying a search without a proper warrant.

Furthermore, the opinion explained that Saginaw “fails to demonstrate how this search bears a relation to public safety. The City does not show that the location or length of time that Taylor’s vehicle was parked created the type of ‘hazard’ or traffic impediment amounting to a public safety concern. Nor does the City demonstrate that delaying a search would result in injury or harm.”

Quite unequivocally, Judge Donald wrote, “there has been a trespass in this case because the City made intentional physical contact with Taylor’s vehicle.”

Therefore, for those who may walk out from their places of employment at lunch time to find their tires have been chalked in cities and towns across the Commonwealth, they now find favor in not receiving a ticket based on that chalking and a citizen’s protection from being chalked by the Fourth Amendment to the U.S. Constitution.