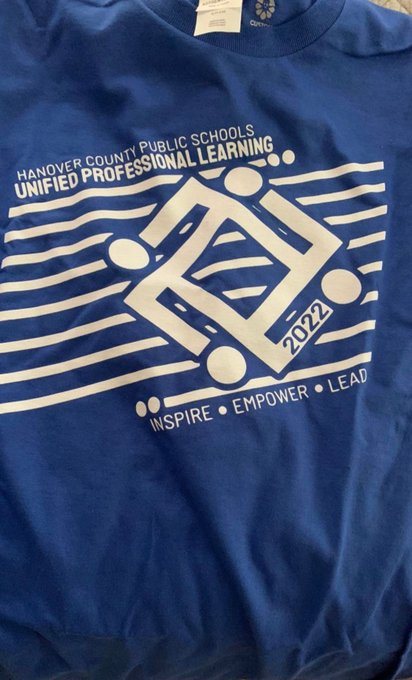 A school in Hanover Virginia is in hot water after it released T-shirts distributed at a school conference for staff showing a controversial logo, which the district says was meant to “represent four hands and arms grasping together.”

The school has apologized for distributing T-shirts with a logo resembling a swastika during a professional learning conference.

So… no one in Hanover Co Public schools central office saw any reason why this logo was maybe not a good idea? #rva pic.twitter.com/EJ3tEtDSaV

During the conference held for staff this week, Hanover County Public Schools distributed T-shirts and conference materials containing the logo, which the district says had been designed by one of its teachers.

The logo was intended “to represent four hands and arms grasping together — a symbol of unity for our all-county professional learning conference. Nothing more,” Michael Gill, superintendent of the district situated north of Richmond, said in an online message.

“While we are confident that the logo was created without any ill-intent, we understand that this has deeply upset members of our staff and community who see the logo as resembling a swastika. We have stopped distributing the t-shirts that include the logo, and we are working to remove it from all conference materials.”

“We are deeply sorry for this mistake and for the emotions that the logo has evoked by its semblance to a swastika and, by extension, to the atrocities that were committed under its banner,” Gill said.

“Unquestionably, we condemn anything associated with the Nazi regime in the strongest manner possible.”

So far, there does not appear to be any one teacher be held personally responsible for this incident, however I would hope that, in the future, the person responsible takes more than a second look at the logo they are designing. Or maybe just get somebody else to design the logo next time.