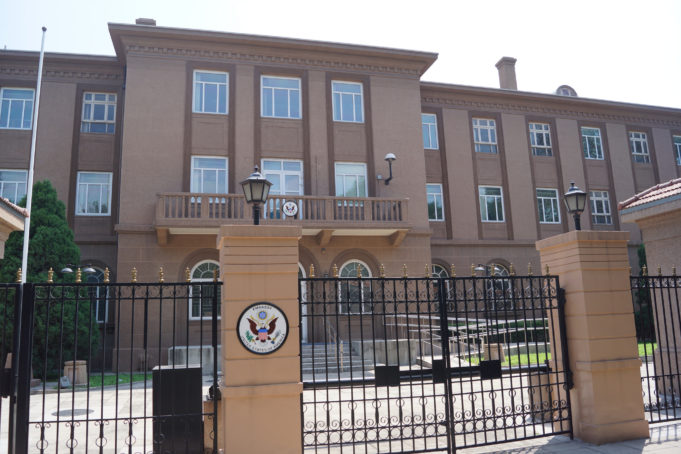 It’s not just Russia. The visit by the U.S. House Speaker, Nancy Pelosi to Taipei greatly angered China and added fuel to the rapidly growing Chinese Communist (Chicom) disinformation efforts against Taiwan and the United States.

According to U.S. cybersecurity company Mandiant, a new Chinese group used fake news sites and fake social media accounts to try to undermine U.S.-Taiwanese relations prior to and during the visit.

The group used similar methods to promote false information on events from the recent Supreme Court abortion ruling to bioweapons in Ukraine.

Defense One reported that:

Mandiant discovered that the Chinese group, dubbed HaiEnergy, had published “two articles critical” of Pelosi, D-Calif., “in response to reports that she may visit Taiwan in early August. The articles [published on August 1] assert that Pelosi should ‘stay away from Taiwan’ and highlight perceived tarnished relations between the U.S. and Taiwan,” Mandiant said in a blog post released Thursday.

The HaiEnergy group published fake articles across a variety of fake news outlets. HaiEnergy also attacked former U.S. Secretary of State Mike Pompeo’s trip to Taiwan in March, using fake Taiwanese news sites, and pushed the narrative that the United States would be an unreliable partner to Taiwan in the event of a Chinese invasion.

HaiEnergy appears to be related to a China-based PR firm called Haixun. Mandiant says they don’t yet have enough evidence to show Haixun is intentionally involved. However, the fake news sites use hosting services from the PR company.

“Our analysis indicates that the campaign has at least leveraged services and infrastructure belonging to Haixun to host and distribute content. In total, we identified 72 websites (59 domains and 14 subdomains) hosted by Haixun, which were used to target audiences in North America, Europe, the Middle East, and Asia,” Mandiant reports.

But it’s not just fake news and disinformation spread globally. China is also increasing its hacking and cyberwarfare efforts.

Defense One noted that: “During Pelosi’s visit, the Taiwanese government was hit with a coordinated denial of service attack to block web users from accessing sites, which lasted for about 20 minutes, according to reports.”

John Hultquist, the vice president of intelligence analysis at Mandiant, also said in a statement:

The situation in Taiwan has already led to cyber threat activity, some of which is apparent, like [denial of service] attacks on websites in Taiwan. Two Chinese information operations we track have shifted their narratives in recent days to a focus on U.S. House Speaker Pelosi’s expected visit and the supposed dangers of the situation. We anticipate that Chinese actors are also carrying out significant cyber espionage against targets in Taiwan and the U.S. to provide intelligence on the crisis.

The new Chicom group spreads disinformation in many different languages.

In Ukrainian, it claimed that the U.S. was conducting biowarfare experiments in Ukraine, whiled they’ve run articles in English alleging that pro-abortion protestors in the U.S. have been violently attacked by police after the recent Supreme Court decision.

In one example, the Chinese group apparently created fake letters to show that a German academic was funded by U.S. government sources.

In standard disinformation practice, the group first tweeted a photo of a clearly fabricated letter with spelling and grammatical errors and then used a fake Swiss news site to “report” on the tweet.

While most experts obsessively focus on Russian efforts, expect a lot more increasingly sophisticated Chicom disinformation leading up to the November midterm elections and beyond. ALD