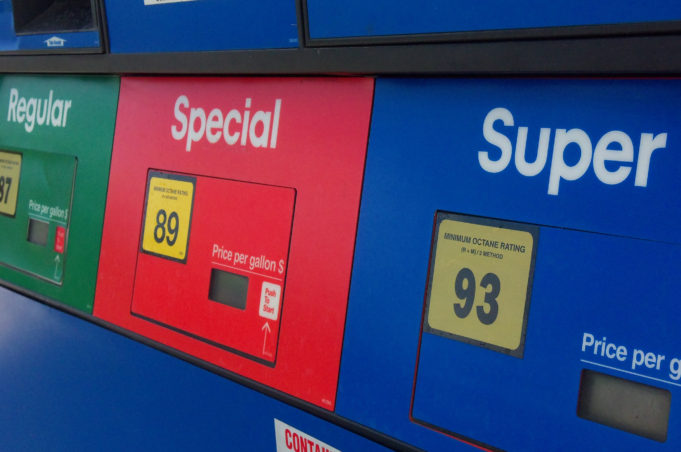 Back in 2011, when Donald Trump was running to become the Republican nominee for president, gas prices interestingly became one of his top campaign issues. This was at a time when when the price of gas was fluctuating between the high $3 range to even going over $4, with many claiming at the time that it was to trend higher and higher.

During an ABC News interview with George Stephanopoulos that year, candidate Trump was speaking on the notion that leaders in Washington – whether that be in Congress or someone in the executive branch – should be helping to negotiate down fuel prices to provide better for Americans.

When Stephanopoulos asked Trump about his top campaign issue,he went into a fiery response, which he emulated at some of his sell-out rallies during the 2016 campaign.

“We don’t have anybody in Washington that calls OPEC [Organization of the Petroleum Exporting Countries] and says ‘fellas, it’s time, it’s over, you’re not gonna (sic) do it anymore…you’ve had your fun, your fun is over.'”

Again, on the campaign trail over four years later, Trump vehemently opposed rising gas prices, reiterating his previous comments and adding that he would, if president, tell OPEC, “you’re not gonna (sic) raise that f****** price.”

Fast forward to now – the summer months have come and gone and so has peak summer demand season, typically when prices at the pump begin to go back down. However, they have not fallen as fast as expected – up over 50 cents since the beginning of September of 2017, according to USA Today. The American Automobile Association (AAA) reports the national price average is currently at $2.867 a gallon, its highest seasonally since 2014.

In a report from Reuters, fuel prices have risen in large part due to a surge in crude oil prices. U.S. crude futures have gained because of U.S. sanctions from Trump’s unraveling of the Iran Nuclear Deal. Iran’s petroleum industry will face punishment if they sell fuel to Europe, which purchases over one-fifth of Iranian supplies. To avoid further scrutiny from the Trump Administration, this has forced other nations like Saudi Arabia and Russia to make up the difference to provide NATO allies with oil.

Brent crude, the international benchmark, hit a four-year high of $82.55 a barrel this week, with U.S. crude hitting $72.78 a barrel, the highest since July 11.

A scarcity in the market could led to gas prices not just plateauing at a seasonally high rate, but even rising going into further into the fall. Nearing the midterm elections, this could be an issue for voters at the polls.

“The absence of a decline at the pump in the fall could be notable as voters head to the polls,” said Patrick DeHaan, head of petroleum analysis at tracking firm GasBuddy.

Though, AAA spokeswoman Jeanette Casselano says that prices might not be high enough to sway voters. She explained that consumers do not usually make “lifestyle changes” until prices rise to $3.25 a gallon or more.

One saving grace for prices at the pumps is that U.S. gasoline inventories are also at seasonal record highs. The surplus in stock could help prices edge lower if it is put on the market for domestic suppliers.

DeHaan predicts prices will fall anywhere from 10 to 25 cents a gallon by Thanksgiving.

Regardless, will there be some questioning the fact that President Trump is not saying he would do years ago when faced with rising gas prices? Possibly, part of the fact is that Trump may not start a another fight.

As tariffs, which have ballooned to over $200 billion with China, among high duties with friendly countries, the reversal of the nuclear deal, and other continuous tiffs with foreign nations amount, animus against any action made by Trump or his agenda may make an already volatile situation in the midterms election worse, he may decide to stay out.

Or will he invoke the fiery brand he’s used to having and choose to aggressively reach out to OPEC?