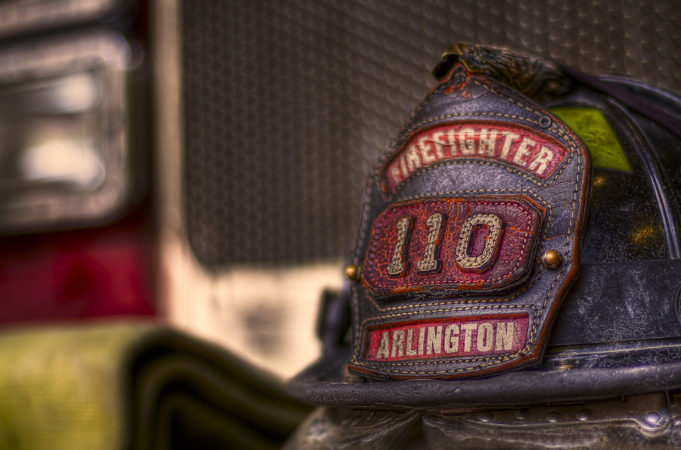 Virginia first responders made a trip to Texas to lend a helping hand to the Texas firefighters, who are currently fighting wildfires in extreme drought with low humidity.

Kenny Aliceburg, a part-time firefighter with Powhatan Fire and Rescue, deployed with the Virginia Department of Forestry on a 20-day trip.

Aliceburg is one of the strike team members on the ground, along with 15 other crew members from Virginia. He said he was grateful to be chosen to fight some of the fires in Texas which already burned more than 7,000 acres across the state.

“Just a wonderful opportunity to assist in any way and any means that we can,” he said. “We feel good about what we’ve been doing.”

Jon Perry, the Virginia Department of Forestry’s strike team leader and trainer, said they’ve been assigned to two fires so far. One of those fires was right outside of Uvalde, which is about an hour and a half away from San Antonio. Crews battled another fire in Huntsville.

“Fire seasons in Virginia typically range in the springtime and the fall,” he said. “In Texas, their fire season is in the summer, so we’ve actually seen that they’re experiencing one of the worst fire seasons they’ve had since 2011.”

Fighting wildfires safely has required training over the past few years. Perry said it’s come in handy recently. Fighting these fires are teachable moments, too.

“It’s a tragedy to have to have to come down and work these fires, but it’s also a great opportunity for our folks to learn and develop themselves professionally,” he said.

Crews from the Virginia Department of Forestry have been debriefing with the Texas Forest Service. The agency said some crews who came in to assist have been experiencing heat injury, so Perry is making sure everyone stays hydrated and looks out for one another.

“We’re trying to make sure our crew is holding up. We’re able to work, but also able to stay out of the heat for a little bit and watch out for each other,” he said.

Crew members are expected to make their way back home this week. Another crew from Virginia will head down there and continue fighting wildfires as long as their help is requested, said Perry.

Aliceburg added that the support from agencies back home helped him through this time.

“I appreciate their willingness to send us and support us, and people that really want to come down here and give these folks down here a break because they’ve been dealing with this for a long time,” he said.