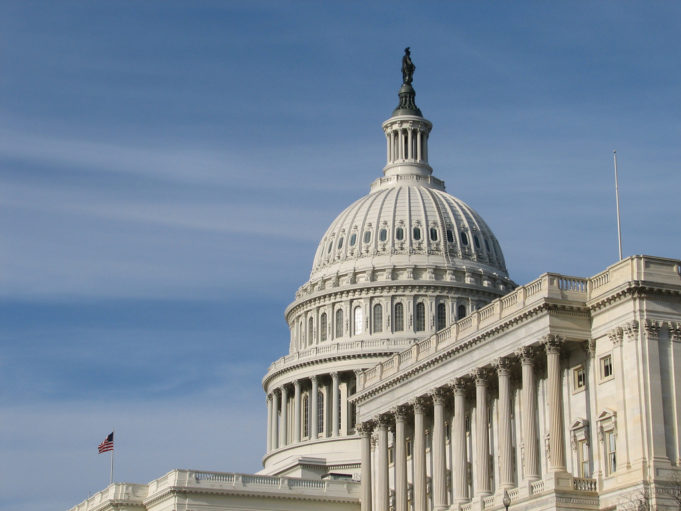 With Congress in recess and midterm elections approaching, Virginia’s senators and representatives have been touring the Commonwealth, visiting local businesses and organizations while highlighting legislative goals and wins.

“The Democrat Party is an evil to be defeated,” Representative Bob Good (R-VA-05) told the Amherst County Republicans on Monday while describing his efforts to advance national pro-life legislation, according to video from The Danville Register and Bee.

“It’s not a party to work with anymore,” he said.

On Tuesday, Representative Abigail Spanberger (D-VA-07) toured Fredericksburg-area road projects receiving funds from the bipartisan infrastructure act, according to The Free Lance-Star. Spanberger is in a competitive race with Republican Yesli Vega.

“I’m proud of my work on behalf of Virginia’s Seventh District, and I was glad to have yet another opportunity to discuss my record with the people I serve. During our conversation, I heard about many challenges facing Virginians — including high prescription drug costs, inflation, and concerns about physical infrastructure and traffic. My top priority is to not only be responsive to these issues, but to actually get results for our communities and work together to achieve progress,” she said in a press release afterward.

“Today’s tour re-emphasized the critical nature of the agriculture industry to not only Virginia’s First District, but to the entire Commonwealth and nation,” Wittman said in a press release highlighting the tour. “Our nation’s farmers, ranchers, and agriculture workers are at the core of keeping the globe fed and fueled, and it’s essential that they have access to the tools and resources they need to continue supporting their families, our nation, and the rest of the world.”

Representative Jennifer Wexton (D-VA-10) highlighted an agriculture tour with the VFB in northern Virginia on Friday. Throughout the week, her Twitter has highlighted campaign stops and visits with healthcare-related organizations. Wexton is facing Hung Cao in the November election.

Senator Tim Kaine (D-Virginia) and U.S. Secretary of Energy Jennifer Granholm visited several sites in Virginia this week, including a solar canopy built over a parking deck at Washington and Lee University. They touted benefits in the recently-passed Inflation Reduction Act, the infrastructure bill, and the CHIPS Act, according to WDBJ.

On Wednesday, Senator Mark Warner (D-Virginia) and Representative Morgan Griffith (R-VA-09) presented the Patrick County Economic Development Authority with a check for $600,000 for mobile health care, according to WDBJ. Griffith was in Big Stone Gap on Thursday for an announcement that Paymerang will open a hub in the town with 50 new jobs, according to a newsletter.

Representative Ben Cline (R-VA-06) stopped in Roanoke on Thursday to see Feeding Virginia’s mobile marketplace, which allows people to use SNAP and EBT benefits to buy fresh produce and gives farmers a tax credit for produce donations, according to WDBJ.

Representative Elaine Luria (D-VA-02), who is in a competitive battle with state Senator Jen Kiggans (R-Virginia Beach), attended a conference about the offshore wind industry at a UA Plumbers and Pipefitters local, according to Wavy. Representative Bobby Scott (D-VA-03) stopped in Newport News on Friday, and said the recent Dobbs decision highlights weaknesses in women’s health care, according to a press release.

Representative Gerry Connolly (D-VA-10) made headlines this week for a different reason: he announced that he is running to be the top Democrat on the Committee on Oversight and Reform next year after Representative Carolyn Maloney (D-NY-12) lost her primary race this week, according to Fox News.

Connolly touted his fourteen years of experience on the committee, and said that Democrats “need to repair the damage left by the Trump administration.

He said in a press release, “The American people must see the Committee on Oversight and Reform as a force for making government work, enforcing accountability to Congress, and most importantly, protecting our fragile democracy and strengthening the institutions that define American democratic resilience.”