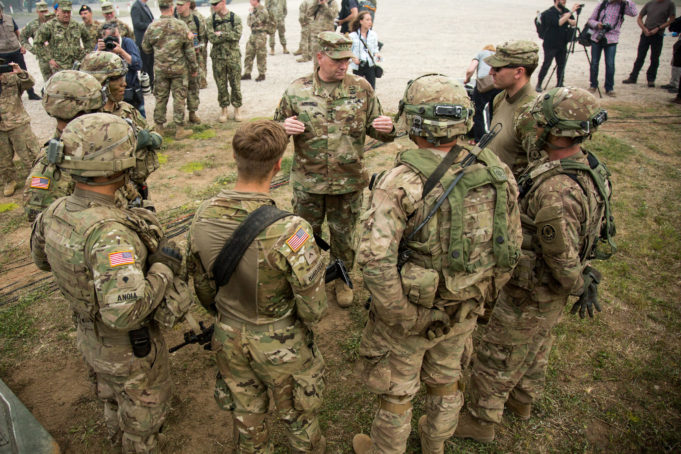 After the HASC approved the increase over President Joe Biden’s original National Defense Authorization Act proposal, Luria said in a release, “The bipartisan Golden-Luria amendment passed today will increase purchasing power and counter inflationary pressures on the military, invest in public and private shipyards crucial to maintaining the fleet, and ensures that we have the resources necessary to counter the threats we face from China, Iran, and Russia. This amendment sends a message to our adversaries that we will meet the moment when it arises, and I look forward to negotiating with the Senate on a final topline amendment number.”

After the NDAA advanced out of HASC on Thursday, Wittman said in a press release he was proud to co-sponsor Luria’s amendment.

“In today’s dynamic era of great power competition, the United States must invest in the capabilities required to secure our national defense today and for future generations. We must defend our homeland, confront China’s expansive military modernization as the pacing challenge in the priority theater, and reckon with rising instability around the world. Unprovoked Russian aggression in Ukraine is a blatant illustration that the ability to deter, and if necessary, defeat, an adversary is real. The investments made in this year’s NDAA will strengthen the Joint Force, sustaining and augmenting the U.S. military’s ability to protect and defend our great nation,” Wittman said in the release.

Other items in the $37 billion increase include $660 million for eight new F/A-18 aircraft, nearly $2.2 billion for other aircraft, $550 million for Ukraine security assistance, nearly $1.4 billion on research, development, and innovation, and $1.7 billion to spend on facilities maintenance and modernization “to support servicemember quality of life.”

It also includes $2.4 billion for several more ships, $318 million to restore some ships, and $250 million for more shipyard infrastructure.

Both Wittman and Luria have resisted efforts to decommission Virginia-based ships, and in May, criticized Biden’s 30-year shipbuilding plan.

Wittman said, “As proposed by the Biden administration, building eight ships and retiring 24 ships does not pace with China’s expansionist policies and places our national security at risk. This markup reverses a dangerous divest-to-invest strategy and expands the overall fleet by authorizing 13 ships and allowing 12 vessels to retire.”