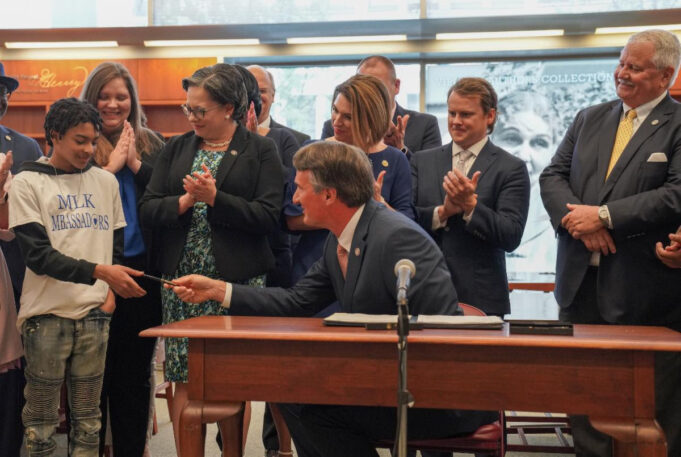 Youngkin was recently interviewed on Fox News’s One Nation, where he gave an in-depth interview on his views on how he sees the back and forth on gun control in America.

Over the last week, and in response to the tragedy that took place at Uvalde, Texas, Biden has signed the Bipartisan Safer Communities Act into law. Governor Youngkin gives a deep dive answer into his views on gun control, and what he sees as politics creeping into’ the debate on guns and Second Amendment rights.

“I’m a staunch defender of our Second Amendment, and I think what’s happened is politics has crept into this issue. It doesn’t mean that we shouldn’t have a discussion about how we keep our kids safe in school, which is why we went to work right away.

More of this interview can be found below, which is part one of a deep dive into Youngkin and his policies, however the interview also has him open up about parents standing up for their children’s education, his upbringing and his future.

Don't miss out on the first part of the exclusive interview with @GovernorVA that aired last night on 'One Nation w/ Brian Kilmeade.' pic.twitter.com/2RuaOKi5hn