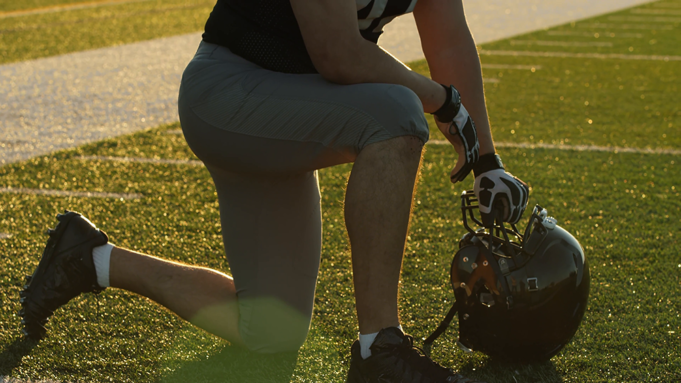 I could care less about people’s decision to watch American football, or whether or not players stand for the National Anthem (if I were to protest anything about the NFL it would be that the majority of its games are played on the Sabbath). But it has so occupied the minds of the most visible and powerful people of America that one would think this is our biggest problem.

I think I remember when the player-protest first started, there was something about anti-police brutality or systemic inequality or something. Now I’m not sure what it’s about except that one had better have an opinion about it (I don’t), and every player is now being scrutinized and judged with baited breath to see how each answers the question: “to stand, or not to stand.”

Meanwhile, as we enjoy our air-conditioned homes, cable or satellite television, refrigerated beer, pizza delivery service, and online fantasy football priorities, over 3 million American citizens in Puerto Rico are without basic utilities, and will not have them for possibly several more months. And unlike the catastrophic Irma that tore through mainland Florida and the Keys, most Puerto Ricans don’t even have insurance.

Lives and homes have been destroyed there in a way that we in our luxurious box-seats of the American political theater will perhaps never understand. While many of us are protesting inequity, we do so while millions in Puerto Rico are foraging for life itself. While many of us are fighting to preserve traditions, we do so while others are fighting to preserve their families.

Also meanwhile in Georgia, an acquaintance of mine had developed tongue cancer, and rather than seek treatment, she was instead seduced by the siren song of the Word to Faith movement that promises God will heal every sickness if only one has enough faith. She refused treatment all the way to the end because to accept treatment was to admit a lack of faith. On Saturday she died, and now her husband is without a wife, and her three young children are without a mother.

All across the United States, people are dying and becoming destitute because the modern charlatans of the Health and Wealth gospel are distorting Christianity to make the Father, Son, and Holy Spirit a cosmic Amazon – a platform that is obligated to return a product to us based on our transaction. Insert extra faith, and God is obligated to heal you; insert extra seed money, and God will be obligated to make you prosper (now accepting PayPal!).

There is no Biblical rationale for this. We cannot manipulate God into giving us what we want; and furthermore, what these heresies preach is that we worship God seflishly in order to get what we want – not because God is rightly due all glory and honor. And yet, the siren song plays on, and more and more lives are destroyed by its subtle and sweet melody, promising paradise on earth.

While obtaining any actual quantitative data showing the extent of the damage would be next to impossible, anecdotally, I would not be surprised if more people are either in poverty or have died because of this nonsense than the number of people killed by police shootings.

I don’t intend here to tell anyone what they should do with their Sunday afternoons – though there certainly is ONE good reason to kneel on Sunday – or what his or her attitude should be toward our National Anthem. In the grand scheme of things, the Anthem itself may be an important part of our existence, but it’s minimally important to our very essence, to our obligation before a sovereign God, and to our neighbors in need.