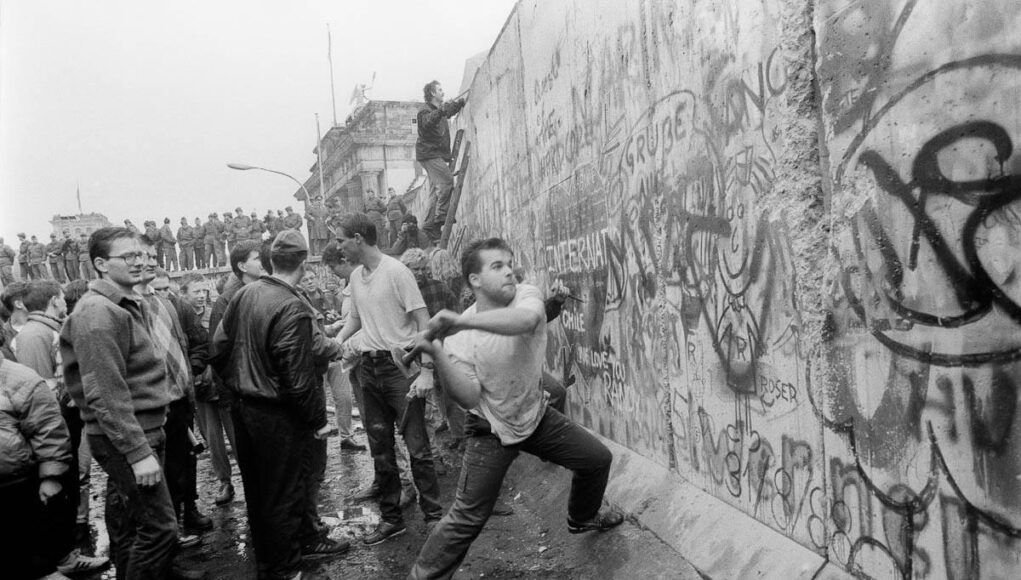 “The first wall to fall was pushed over in 1980 in the Polish shipyards. Later, other symbolic walls came down, and the Germans, of course, tore down the literal wall in Berlin. The fall of the Berlin Wall makes for nice pictures. But it all started in the Gdansk shipyards.”

First and foremost, today is the anniversary of the fall of the Berlin Wall. I remember watching this on live television as reporters were at first incredulous that it was even happening followed up with reports that Berliners — East and West — were swarming the wall and using hammers to pry it apart.

The impossible now seemed possible. Just two years later, the Soviet Union was mere weeks from moving from memory to history — and on Christmas Day in 1991 of all days.

So much for predictions of a red wave, eh?

There is some effort today in Virginia to argue that the reaction against both Hung Cao in VA-10 and Yesli Vega in VA-07 can only be explained by Democratic racism against minority candidates and white Republicans who refused to support either — which is specious nonsense. VA-07 had over $30 million spent in that race, whereas Cao came within a razor’s edge of beating an entrenched Democrat. If a few more resources had been devoted to Cao, maybe the result in VA-10 would have been different?

The fact of the matter is that the red wave simply wasn’t there. In states where mainstream conservative candidates ran — DeSantis, Abbot, Kemp — Republicans had a Roman triumph of an evening. Yet in states where more populist candidates won their primaries, the results were catastrophic in Pennsylvania and Georgia.

Something to consider as well. If we are the sort who counts their chickens before they are hatched? The elections may have disappointed.

Yet in the grander scheme of things, did Republicans make advances? Are we even slightly better off than we were last week? The answer to that is an overwhelming yes in places where we did gain ground — VA-02, Florida, Georgia, Texas.

Overall, Republicans have a clearer sense of what it will take to beat the Democrats in 2024. Meanwhile, the places where Democrats made “gains” are in states that are effectively in decline — California, New York, Illinois — whereas the states where Republicans are faring well — Georgia, Florida, Texas — are states that are growing.

Long term? The future is brighter than it appears. Short term? We have actual work to do if Virginia is going to be a part of that brighter future.

Keep your eyes on this story where Democrats spent millions of dollars pushing weaker candidates against conservatives in key races:

Democratic groups spent at least $51.5 million in Republican primaries this year, according to a Reuters tally. But they didn’t always get the result they wanted: in races in Colorado, Nevada, California and Virginia, the candidate they were supporting did not win the primary.

So much for interfering in our elections. Yet it does go to show how — since 2014 in primary races in Virginia — Democrats have shown a proclivity for pushing weaker candidates they believe they can crush in general elections.

The Democrats seem rather pleased with their investment.