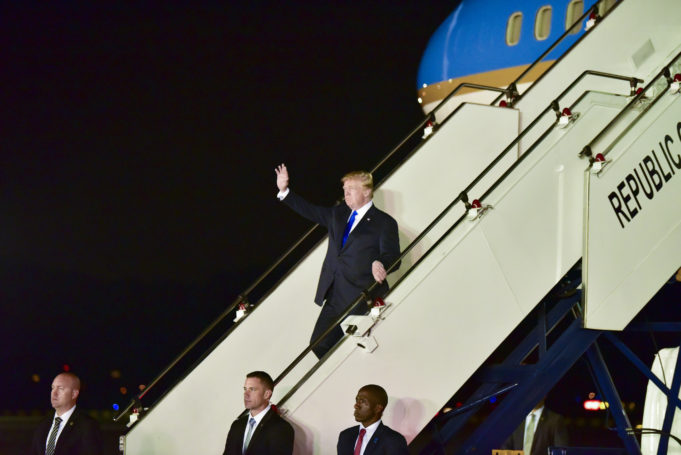 After nearly 16 months of tweets aimed at a country’s dictator, on-again, off-again meetings, and prisoner returns, President Donald Trump and North Korean leader Kim Jong-Un have finally met at a summit in Singapore. This marked the first time in decades the leaders of the two countries have officially met, causing some to believe it is the official beginning of the end to the Korean War.

Due to this, two Norwegian politicians have nominated President Trump for the Nobel Peace Prize for his work in bringing the leader of one of the world’s most rogue countries to the deal-making table.

The Daily Caller reports that the Scandanavian lawmakers said that Trump has, “taken a huge and important step in the direction of the disarmament, peace and reconciliation between North and South Korea.”

Following the nomination, former campaign manager and Counselor to the President Kellyanne Conway took a swipe at former President Barack Obama’s own Nobel Peace Prize saying, “look, the last president was handed Nobel Peace Prize. This president is actually going to earn it.”

While Trump’s nomination for the Nobel Peace Prize is great, to actually fulfill the necessities of a complete relinquishment of the 1953 Armistice Agreement to end the war is going to be hard work over a long period.

The U.S. and China must sign along with North Korea and South Korea. Also, what would be the stipulations of an end-war agreement?

Obviously it must involve denuclearization. However, on the fact that the Iran Nuclear Deal didn’t work, how could it be brought forth differently?

Will the U.S. end the military exercises with South Korea? If so, will there be troop withdrawals?

If there are troops withdrawals, will they be stationed in Japan? The Japanese aren’t too fond of American soldiers being stationed there anyways.

Would there be real human rights reforms in North Korea, in which there are hundreds of thousands of people in labor-interment camps?

Would Kim suffer any consequences?

There are dozens upon dozens of moving parts in a full deal to end the Korean War, which include bilateral agreements with other world superpowers. To say Trump would get the Nobel Peace Prize for facilitating talks in Singapore, while on its face is great, in actuality it is rather premature.