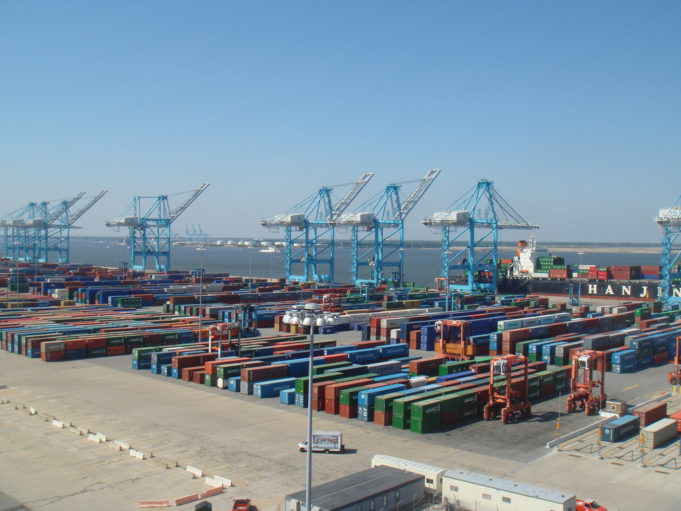 After beginning the year with a slight drop in unit shifting, container volume at the Port of Virginia bounced back with near record-high numbers last month. In March, the port moved 252,230 containers, measured in twenty-foot equivalent units (TEU), a volume year-over-year increase of 8.7 percent, according to a report from The Virginian-Pilot.

“March’s volumes were a nice rebound from largely static volumes in January and February,” said John Reinhart, CEO and executive director of the Virginia Port Authority, in a statement. There was a year-over-year drop in January, followed by a flat results at the Port of Virginia in February.

For the first nine months of the Port of Virginia’s July-June fiscal year, TEU volume has increased by approximately 4.3 percent from 2017.

Currently, the year-over-year increases at the port for March are:

“We expect volumes to continue to climb and as a result we are focusing on ways to improve the delivery of service to the motor carriers and our ocean carriers, specifically at VIG (Virginia International Gateway), where transactions have been slowed as the result of our capacity expansion project there,” he said.

The Port of Virginia is a great economic indicator for the U.S. as it is one of the biggest international ports on the Atlantic Seaboard. The long-term economic benefits of the port should also increase as plans to dredge Norfolk Harbor to 55 feet and widening the entrance channel to the port to 1,300 feet to host Neopanalax container ships will have the harbor at full capacity.