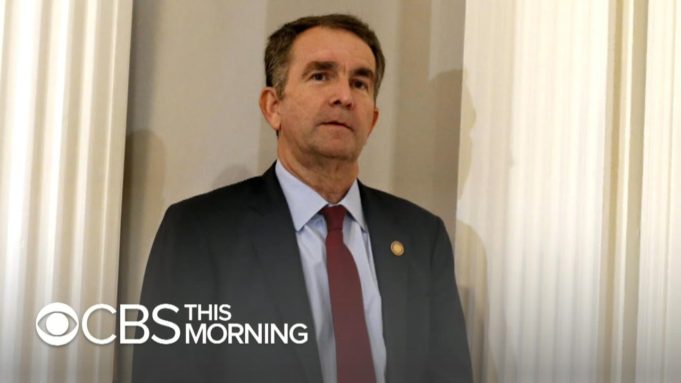 As old newspaper editors are wont to say, credibility is like grass. It grows by the inch, and dies by the yard.

In time of crisis, the single most important currency that government officials have is credibility. Presidents and governors come into office with a certain amount of goodwill. When hurricanes roll in or terrorists attack, most Americans are willing to follow our executive leaders, provided they’ve done nothing to squander that trust.

Yet Democrat Ralph Northam and his team have done just that — they’ve squandered the most important currency they’ve had during this crisis on the most petty of things.

When Northern Virginia was in a peak and Southwest Virginia had hardly a blip of COVID, Northam kept points south of Roanoke closed down under the working theory that “We’re one Commonwealth.”

Someone from Northern Virginia might be tempted to head to Southwest Virginia to eat a dinner out, or otherwise break the quarantine and spread the virus to other places. As implausible as an Arlington to Abingdon dinner run sounds, Northam’s announcement at least had the quality of being logically sound.

But then things changed. As conditions in the balance of Virginia improved, Northern Virginia asked to stay closed. The result? Virginia is one Commonwealth no more, and we will reopen regionally, but only if all the localities in a region go together.

A yard of credibility lost to a flip flop.

Then Richmond and an Eastern Shore county asked to be exempted from reopening. Northam said OK, despite no buy-in from their surrounding localities.

Yet another yard of credibility up in smoke.

After issuing a mask mandate, Northam is photographed talking to people in Virginia Beach with no mask.

Another yard of credibility gone for no good reason.

Northam also threw credibility on the fire over testing. In the early days when testing was hard to come by, Virginia lagged far behind other states — turning in some of the lowest numbers in the nation. Northam’s response? Blame Trump — despite the fact that 49 other states were playing with the same results.

And when the numbers did start to pick up, the media discovered that the numbers had been juiced by adding two distinct kinds of tests together. Northam’s team initially said that was standard practice. Then they backtracked and started splitting out the two different kinds of tests.

More credibility gone, this time in a sad gambit to make the Governor’s response look less ham fisted than it actually was.

When new restrictions were introduced, the Governor says that local businesses won’t be required to enforce a mask mandate. Yet days later, businesses are told they will lose their licenses to operate if they don’t enforce the mask mandate.

Fast forward to Northam’s last press conference. After asking Virginians to be careful and take steps to continue to keep transmission low in Virginia, Northam said that he had no plans to introduce new restrictions in advance of Thanksgiving.

Then came the Friday video and press release, introducing new restrictions in advance of thanksgiving. Restrictions that left Virginians with more questions than answers, and no way to get those answers other than calling the Governor’s press office.

Now, we’re on the cusp of rolling out one or more vaccines for COVID. Vaccinating 8 million people will require enormous coordination and cooperation. It will require that people trust the leaders charged with overseeing the process.

It will require credibility. And that’s one resource Ralph Northam has exhausted utterly.