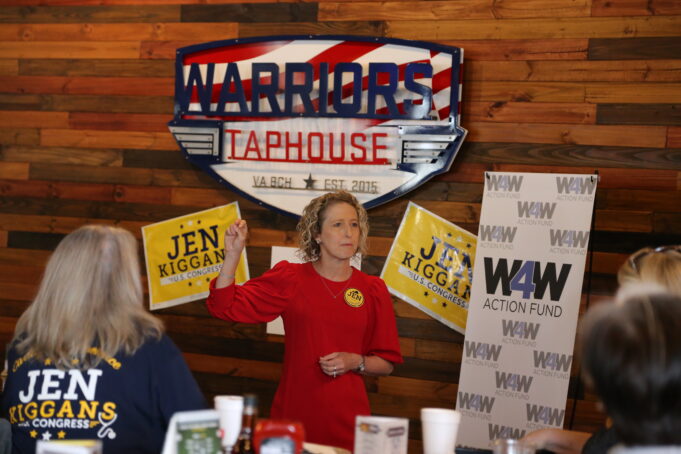 As the final results from last week’s midterm election are announced, the margin by which the Republicans will flip the House of Representatives looks slimmer by the day.

That means that the number of recorded flips this cycle is getting smaller, making districts like Virginia’s 2nd Congressional District that much more important to the national electoral results.

The credit for the victory secured by Kiggans last Tuesday lies not only with her campaign staff and team of consultants who ran a very disciplined race, but also with a number of outside groups that helped out the effort with both dollars and manpower.

Thank you to @GOPChairwoman and all the staff and volunteers from @GOP for your help in support of our big win in #VA02! I look forward to getting to work to restore American strength….! pic.twitter.com/5LaEl7emt2

One such group is Americans for Prosperity Action-Virginia (AFP Action-VA). The group’s Senior Advisor CJ Sailor shared the following in a media release issued last week by the organization:

“Kiggans demonstrated during her campaign that she can stand strong under the most difficult challenges. Day after day she stayed focused on the issues important to voters—getting our economy back on track and ending inflation by cutting the government spending that fuels it.

AFP Action VA congratulates Kiggans and we look forward to supporting her efforts to advance policies that improve lives and help people succeed.

AFP Action VA endorsed Kiggans used a range of tactics to educate and turn out voters in support of her candidacy, including more than 121,000 phone calls and door knocks, and 402,000 pieces of mail addressing her support for policies important to Virginia voters.”

The group also added that overall during the 2022 election cycle:

The Winning for Women Action Fund (WFW AF) was another group that backed Kiggans during both the primary and general elections.

In a statement issued on election night congratulating Congresswoman-Elect Kiggans on her victory, the group touted their impact on flipping VA-02:

“Even before Jen was the Republican nominee, Democrats were scared of running against her. Jen’s victory shows they had good reason to be afraid,” said Annie Dickerson, Founder and Chair of Winning For Women Action Fund. “We are so proud to be Day One supporters of Jen. She is the real deal, and I am confident she will have an immediate impact in the House Republican Conference.”

WFW AF backed Kiggans by raising $185,000 for her, and also held a grassroots event supporting her in VA-02 at the end of October.

Early in the Primary season, Kiggans was endorsed by her legislative colleagues in the Virginia Senate and House of Delegates, as well as leaders from across the Hampton Roads region.

I am humbled and honored to have the support of these great leaders from across our Commonwealth and across America! I am forever grateful for these endorsements of my campaign, and I look forward to leading the team to flip the House and get America back on track! #Honored #VA02 pic.twitter.com/BkPazAIc7R

Virginians should be proud to send Kiggans to Congress in January and expect great things from their newest Republican member of Congress.