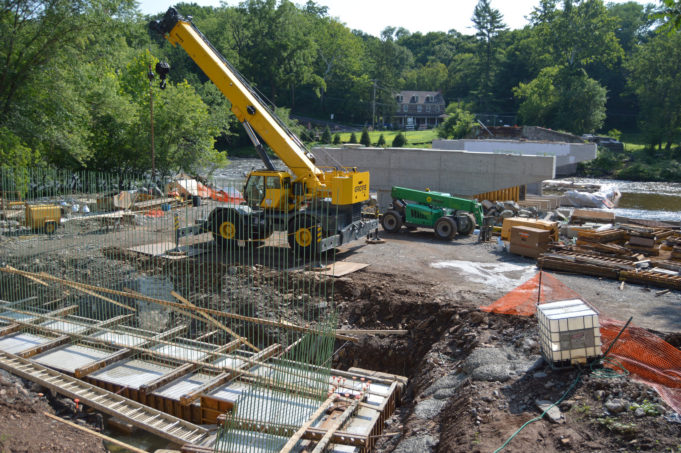 A $25 million federal grant has been awarded to Loudoun County, Virginia via the Transportation Investment Generating Economic Recovery (TIGER) program. The federal funds will be used to complete construction on the Northstar Boulevard in the Arcola area set to alleviate congestion in the Northern Virginia area.

According to federal officials, crews will be tasked with creating a new and improved 1.6-mile segment of Northstar Boulevard in Loudoun County to finish off the north-south connection corridor that links the heavily-traveled Route 7 and Route 50. As reported by the Loudoun Times-Mirror, “The segment will be designed as a controlled access thoroughfare comprised of a four-lane divided roadway located within a proposed six-lane right-of-way and includes a 10-foot-wide shared-use path and six-foot wide sidewalks, three signalized intersections and two new bridges.”

Republican Congresswoman Barbara Comstock (VA-10), who sits on the House Transportation and Infrastructure Committee, has worked with the Trump Administration and Transportation Secretary Elaine Chao to secure the investment to further construction in Loudoun County. “We fought very hard for this competitive grant,” Comstock said in a statement.

Comstock has been seeking funding for infrastructure project across her district in Northern Virginia, as well as the Interstate-81 corridor in the western part of the Commonwealth.

The TIGER grant provides the federal government to fund construction projects aimed at improving roadway, railway, transit, and other port projects around the country. Since the program’s 2009 inception, Congress has dedicated over $5.1 billion in federal funding to the TIGER program, which sent funding to regional and metropolitan areas throughout the U.S.

“The highly competitive TIGER program recognizes projects that will have a significant impact on a region, metropolitan areas, or our country as a whole,” Chao said according to the report.

Over the next 10 years, Loudoun County, one of the fastest growing regions in the country, is predicted to increase its population by around 20 percent. Comstock’s continued mission of finding funds for the investment in roads and other transportation infrastructure is imperative to the sustained growth of Loudoun County,