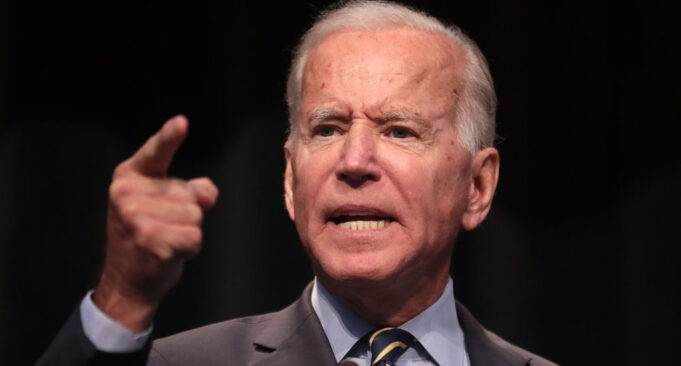 While Biden’s Department of Homeland Security (DHS) focuses on far-right extremists and violent white supremacist threats, it has generally downplayed the growing threat from armed leftists and Black militants. (RELATED: Guess How Many Troops Out of 1.4 Million Were Charged With ‘Extremism’?)

But the threat is there. And Team Biden is not only downplaying it, it has been enabling it by not enforcing laws against leftist groups while cracking down on conservative ones.

Today at 1:50 a.m., an armed man in his mid-20s was arrested outside Supreme Court Justice Brett Kavanaugh’s home in Montgomery County, Maryland.

The man, who also had burglary tools in his possession, admitted he was there to kill the conservative justice appointed by Donald Trump over the leaked abortion draft decision to overturn Roe v. Wade and over recent mass shootings. (RELATED: Why Did Police Take So Long to Storm Texas Elementary School Massacre?)

Supreme Court spokeswoman Patricia McCabe said in a statement that: “The man was armed and made threats against Justice Kavanaugh, adding that: “He was transported to Montgomery County Police 2nd District.”

Police were apparently notified that the person might pose a threat to the justice, but it was not immediately clear who provided the initial tip, these people said. The man apparently did not make it onto Kavanaugh’s property in Montgomery County but was stopped on a nearby street, these people said.

This, after Biden’s Department of Justice (DOJ) failed to prosecute angry protesters outside the homes of several conservative justices for weeks in the wake of the leaked draft memo in May.

While many claim protesting is a protected right, doing so outside the home of a judge is not; it is illegal. (RELATED: White House Condones Protests at Supreme Court Justices’ Homes)

Federal law — Section 1507 of Title 18 of the U.S. Code — clearly states that it is unlawful to protest near a “residence occupied or used by [a] judge, juror, witness, or court officer” with the intent of influencing “the discharge of his duty.”

It adds that anyone who “resorts to any other demonstration in or near any such building or residence, shall be fined under this title or imprisoned not more than one year, or both.”

Why? Because harassing justices and their families in their homes is obstruction of justice. (RELATED: Justice Alito and Family Moved to Secret Location)

As Marc Thiessen noted in The Washington Post in early May:

Just as it is against the law to tamper with witnesses or jurors by intimidating them or their family, it’s unlawful to tamper with a Supreme Court justice by coming to their home to threaten, harass or coerce them to influence their vote in a case before the court.

This is a federal statute, so it’s Biden’s Attorney General Merrick Garland’s responsibility to enforce it. And he hasn’t.

Thiessen also noted that the White House failed to condemn the doxing of the justices when the group calling itself “Ruth Sent Us,” published the locations of the justices’ homes on its website.

White House press secretary Jen Psaki at the time said: “We want people to protest peacefully if they want to,” adding that she didn’t have “an official U.S. government position on where people protest.”

And as Thiessen notes, it took a firebombing of a pro-life group’s offices in Wisconsin to get the White House to issue any kind of mild condemnation of the left’s acts. (RELATED: Pro-Life Group’s Headquarters Set Ablaze in Violent Attack)

By ignoring the law and allowing this doxing and these protests, Team Biden has enabled these leftist extremists. Will it take the assassination of a Supreme Court justice to make them enforce the law equally?