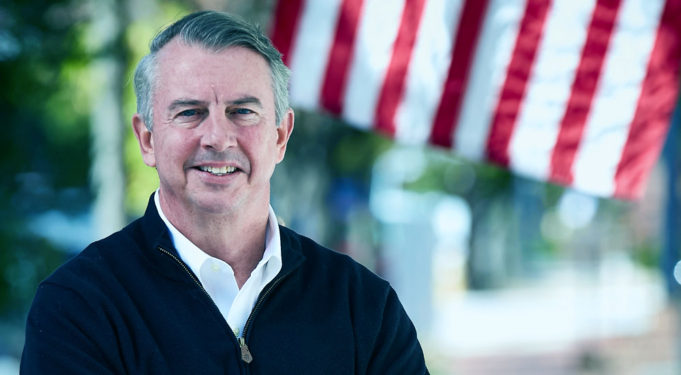 Not sure this poll would be gathering the interest that it has, if not for the fact that embattled Democratic gubernatorial candidate Ralph Northam and his campaign have gone absolutely nuclear over it.  From Richmond-based NBC12:

The poll, released by the Hampton University Center for Public Policy (CPP), shows Gillespie ahead of Northam by eight percentage points.

The poll questioned 750 voters who said they were likely to vote on election day. 41 percent said they would vote for Gillespie, while Northam has 33 percent. 27 percent were undecided.

The poll also showed that 34 percent believe the biggest issue for the governor will be the economy and creating jobs, followed by healthcare at 23 percent and education at 18 percent.

Of course, Hampton University was one of the more accurate pollsters in the Virginia 2016 presidential election, calling the race to be Hillary +4.  The Democrats carried the commonwealth by a margin of 5.2pts.

The Hampton University poll also asked positions regarding the removal of Confederate statues.  62% support leaving the statues in place, with just 31% opting to remove them.  Trump’s approval rating remains at 39%; lower than the Rasmussen numbers at 43%, but within the realm of reason.

So here’s a true oddity folks.  On all of the metrics where you’d look to see whether or not the numbers are fudged?  This one appears to be alarmingly legitimate.  Trump’s approval numbers are pretty accurate.  Graduate level and above numbers are low (30% in Virginia, the poll shows a combined 17%) — but the R/D/I split is pretty solid at 25/29/33.  Nearly half the phones were cell phones, which tends to skew left…

Perhaps the surprise here is that Gillespie did so well, even with some far more reasonable demographics than previously?  There are a number of things to quibble about regarding the poll… but nothing that suggests foul play.

For Team Gillespie, it confirms two narratives — that the race is indeed a lot closer than the Democrats want people to believe, and that Gillespie’s strategy of crossing up the last week of October is bearing significant, measurable fruit.

Details of the Hampton University poll can be found here.  For those who think the 8 point swing is impossible or perhaps off, history in Virginia would beg to differ.